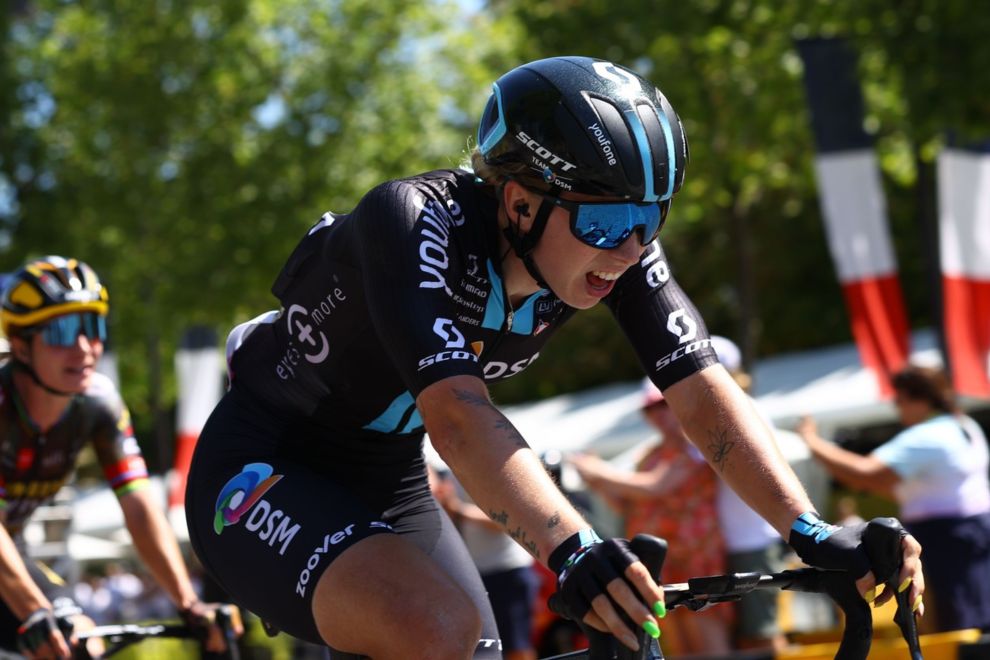 She won all three stages at the RideLondon Classique and now Lorena Wiebes claimed the victory on the Champs Élysées. The Dutchwoman is possibly the best sprinter in the women’s peloton.

“Through the whole season, I did some strength training and I think that’s improved my sprint pretty well,” Lorena Wiebes said in her post-race press conference. “And every ride, I’m motivated to get the highest watts possible.”

According to Strava, she hit 1,211 watts in her sprinting effort. The training definitely seems to have paid off. However, we all know there is more to sprinting than power. Team DSM were nowhere to be seen in the final kilometre but, in the very end, they managed to position Wiebes perfectly.

“The lead-out was chaos but I stayed on Pfeiffer Georgi’s wheel and Charlotte Kool was still behind me. Our plan was to swap positions after the tunnel but there was so much chaos that I just stayed on Pfeiffer’s wheel and she put me in the perfect position. Marianne started her sprint really early but I expected it and I had another gear and accelerated one more time to the finish line.”

Will she put another one in the bag on Monday? It’s a flat stage between Meaux and Provins, which gives Wiebes an interesting opportunity. However, she seems to care more about the team.

“The stage win is really important but after that, the GC is important for Juliette [Labous], so if it’s not taking too much energy, we will go also for green but we will not put crazy amounts of energy into it.”

Who will wear the yellow jersey tomorrow? What do you think?