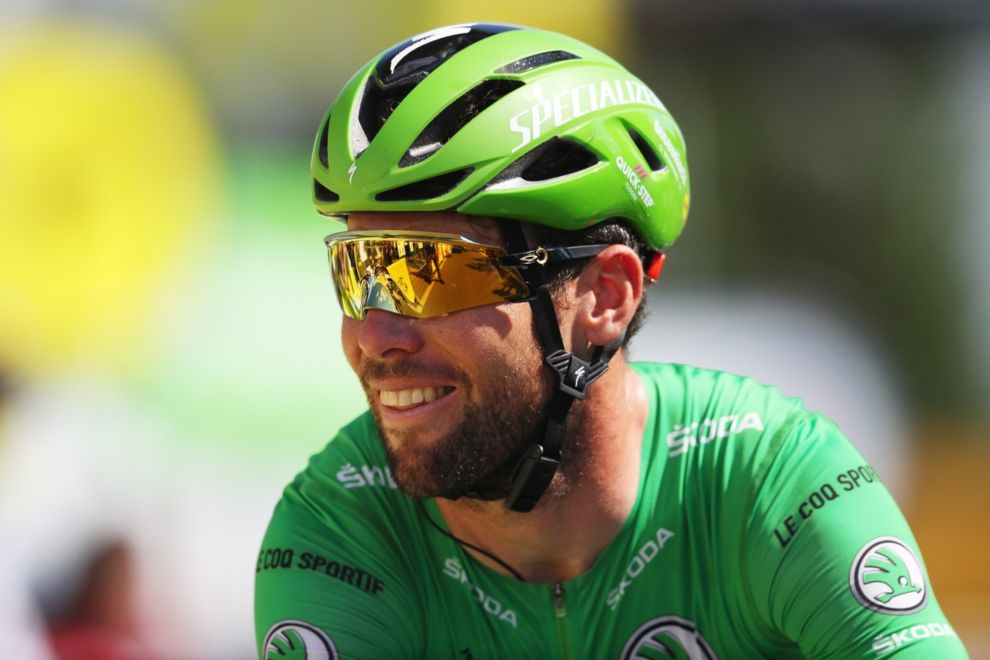 Fans of the Škoda Green Jersey competition at the Tour de France are no doubt greatly relieved that seven-time winner Peter Sagan (Team TotalEnergies) and the multitalented Belgian Jumbo-Visma rider Wout van Aert will be at the Grand Départ in Copenhagen when the three-week race kicks off on July 1.

Sagan came down with Covid for the third time during this year’s Tour de Suisse, and his start in the Tour had been in doubt. But his press officer told VeloNews this week that the 32-year-old Slovakian was good to go after his eighth Škoda Green Jersey win. “Peter is very good, he’s really good,” the press officer said. “He tested positive but he had zero symptoms, and then he was negative. Luckily, he was asymptomatic, with zero problems. So it’s all good.”

Thank you Copenhagen, thank you Denmark! 🇩🇰🇩🇰 That was a fantastic team presentation! See you on Friday at the start of the @LeTour🚲🚲💪

Van Aert’s start in the Tour was briefly called into question after he hit his knee on his handlebars during a training ride but the painful knock only kept him out of his home championships, which he skipped to ensure that he would be ready for the Tour. Van Aert has made it clear that this year his primary goal in the Tour will not be to help teammates Primož Roglič and Jonas Vingegaard in the mountains, as he has in the past, but that he will go all out for the green. His victory in the mass sprint on the Champs-Élysées in last year’s Tour when he beat Škoda Green Jersey winner Mark Cavendish, preventing him from winning a record 35th Tour stage, sent a big message. And he has done little this spring to suggest that he will not be the favourite to take the points classification race, with green jersey victories in both the Critérium du Dauphiné and Paris-Nice.

But questions remain about Sagan’s form, as a series of illnesses greatly reduced his preparations for the Tour. Still, this year’s sprint stages seem tailor-made for a puncheur like Sagan who can win stages with long powerful sprints. Unfortunately for him, so can van Aert. Australian Caleb Ewan had a disastrous Giro d’Italia, failing to win a single stage and dropping out of the race halfway through. But he is confident, telling VeloNews, “If you know that you’ve done everything right and you know your numbers are good, that also gives you confidence. It doesn’t solely rely on results. I’m on track to be really good at the Tour.” And his Lotto Soudal team has beefed up its Tour de France squad to support Ewan in his quest for the green, putting new signing Reinardt Janse van Rensburg, Frederik Frison, Florian Vermeersch, and Brent Van More at his disposal to boost the Australian to the finish lines.

Sagan’s former team Bora-Hansgrohe is again counting on 31-year-old Irish rider Sam Bennett to end the Tour in green, as he did in 2020 for Deceuninck–Quick-Step. However, Bennett has had a difficult 2022, not finding his best form until winning Eschborn-Frankfurt at the beginning of May. It’s tough to bet against him but he may just be too short of fitness for this year’s Tour de France

Finally, Mark Cavendish who easily won the Škoda Green Jersey in last year’s Tour will not be lining up in Copenhagen. Instead, his Quick-Step Alpha Vinyl team is putting all its Green Jersey eggs in the basket of Fabio Jakobsen. And for good reasons. The 25-year-old Dutch rider has won three green jerseys this spring, in the Volta a la Comunitat Valenciana, the Volta ao Algarve and the Tour of Hungary. If van Aert falters, Jakobsen will certainly be the man to beat.