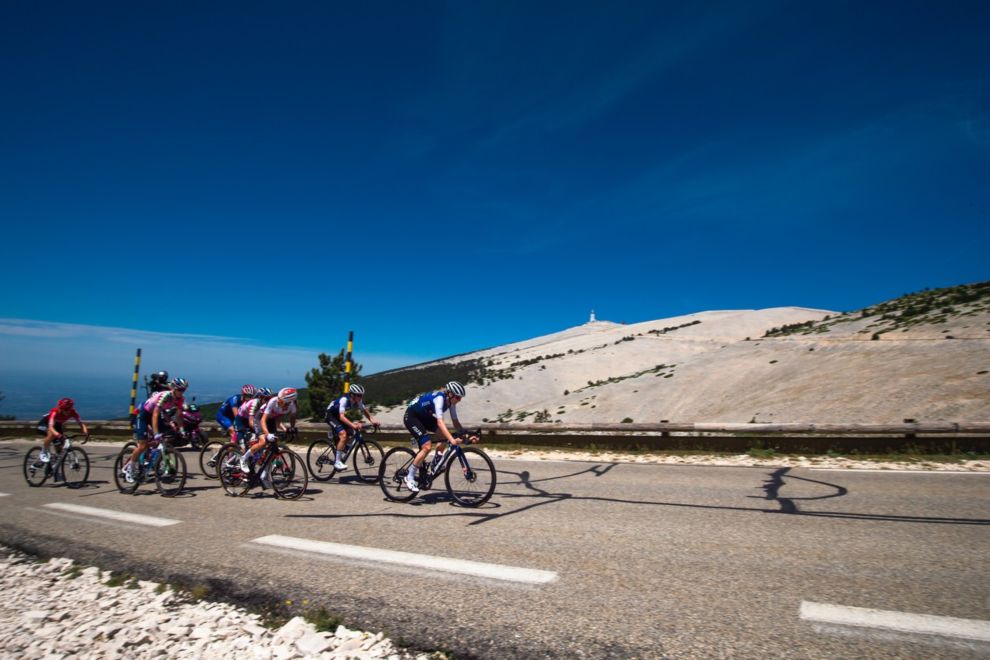 How do female professional cyclists prepare for the biggest cycling event of the year? After 33 years, the Women’s Tour de France is back and it’s going to be a challenge! Riders from 24 professional teams will compete against each other as well as the mountains and cumulating fatigue. What does it take to get ready for a Grand Tour?

The returning Women’s Tour de France route was announced to include 8 stages that will span over 1,029 km. It will offer much of what the men’s route does. The 5th stage is 175 km long, which will mark the longest-ever Women’s World Tour race. The UCI only allows for stages 160 km or shorter so the Tour is literally pushing the limits. There will also be 2 back-to-back mountain stages, gravel, and 4 flat stages perfect for sprint finishes and breakaways. And climbers also won’t be disappointed with 6 epic climbs included that range from 6,7 to 8,7% gradient. One of the 3 climbs of stage 8 called La super Planche des Belles Filles is 7 km long with an average gradient of 8,7%. It also includes a segment with a gradient of 24% and a gravel segment.

The basics apply to everyone

It’s clear from looking at the route that most of the training basics will be the same for both men and women. Their season will be similarly structured with one goal in mind, to peak for the Tour. Here is roughly what every rider will go through.

Differences in training between women and men

Even though the basic training principles and periodization apply to men and women, research shows us that both sexes tend to train a bit differently. A 2019 study analysed 4 years of training data from 20 professional male cyclists and 10 professional female cyclists. The researchers found that the average kilometre of pro women’s training is harder compared to the men’s. Pro women train fewer hours and ride fewer kilometres than their male counterparts but they make up for that with higher intensity.

The researchers speculated this could be influenced by the fact that female cyclists didn’t have a set minimum wage at the time of the study. This means they would have to take on more work outside of cycling to make a living compared to men, which would take away time from training. So, they would have to add intensity to compensate. But in reality, we aren’t exactly sure what explains the difference. What we do know is that women, on average, have a different physiology than men.

A well-trained female has about 10-12% less haemoglobin for each kilogram of body mass compared to a male athlete. This results in less capacity to transport oxygen in the blood which is a key determinant of aerobic fitness and endurance. Women have lower levels of testosterone and a higher proportion of body fat, which corresponds to their ability to burn more fat for energy. Plus, female athletes have to contend with significant hormone fluctuations during their menstrual cycle. These differences mean that there are several specifics that female cyclists have to do differently than males in their training.

Female athletes tend to be more quad-dominant and develop muscle more slowly. Men also tend to have a higher proportion of fast-twitch muscle fibres. This means that women have to focus more on core and glute activation and do more specific acceleration work.

Diet and training sessions to match the menstrual cycle

Female cyclists have to learn the patterns of their bodies because different hormones are dominant at different times of their menstrual cycle. This results in different proportions of glycogen and fats needed to fuel training, different sweat responses, and even different core temperature and blood plasma volume. They have to plan training sessions and diet accordingly.

The menstrual cycle can also raise injury risk. During ovulation, they have to enhance their warm-up, pay attention to short, sharp efforts, and maximise recovery by fuelling correctly. Certain times of the cycle can also increase the likelihood of cramping, which puts extra demands on nutrition and hydration as well as smart programming.