Get Ready for Women’s Road Racing 2021

Amidst all the twists and turns of the 2020 season, you’d be forgiven if a few crucial developments slipped under […]

Amidst all the twists and turns of the 2020 season, you’d be forgiven if a few crucial developments slipped under your radar. Not to mention, there were some big announcements over the holidays that may have gone underreported due to the general eggnog-fuelled haze that tends to set in around that time of year. Nevertheless, to help keep you up to date as the 2021 racing season gets underway, we’ve summarised the most notable changes in women’s professional cycling. From team name changes, new squads, and budding stars – here’s what you need to know to stay on top of all your favourite women’s teams and riders as they embark on a year of action-packed racing.

As women’s cycling continues to garner sponsorship and find increasingly innovative funding models, new teams are emerging all the time. Here are a few to keep your eye on in 2021.

Another U19 team is coming at you! For 2021, NXTG Racing has announced that it will add a U19 women’s team to their racing program. The team will be known as the NXTG U19 Development Team.

In Britain, team Saint Piran Cycling has entered women’s cycling at the Continental level. The women’s team has a two-tiered structure and will focus primarily on races in the national road series, the Tour series, and potentially participate in a few European events.

Bingoal-Wallonie-Bruxelles has also announced that they’ll be kicking off a women’s cycling program in 2021. Ann-Sophie Duyck will be leading the charge, and the team plans to focus on Lotto Cycling Cup races, including 12 UCI events, as well as the Women Cycling Series calendar across Belgium and the Netherlands.

Thanks to sponsorship from Zwift, who will be supporting the team through 2022, the L39ION of LA team will have a women’s squad in 2021.

Another year means another set of name changes in the world of professional cycling. As sponsors come and go, the notoriously murky water of cycling team names gets even murkier. Here are the name changes you need to know to make sense of this year’s races.

Despite having been a sponsor of the Australian outfit for the past five years, 2021 sees BikeExchange become naming rights sponsor of the formerly known Mitchelton-SCOTT. Both the women’s and men’s programs will be racing under Team BikeExchange this season.

The formerly known Team Sunweb is prepped for an exciting season under their new name “Team DSM”.  Team DSM will be continuing both their men’s and women’s squads, with their women’s team including the likes of junior world champion Megan Jastrab.

In addition to agreeing to an ongoing partnership with Le Col, DROPS Pro Cycling has joined forces with TEMPUR, a mattress and pillow manufacturer. This year the squad will race under the all-inclusive name Drops-Le Col supported by Tempur.

Thanks to significant sponsorship from a Mexican foreign exchange company, Astana Women’s Team will be changing their name to A. R. Monex Women’s Pro Cycling Team in 2021.

In these six years we have achieved 48 victories in UCI races and we have lived many wonderful moments: here is a short video to relive our adventure as Astana Women's Team…

Staying on top of team names is one thing, but many fans are most fiercely dedicated to their favourite star riders. Here are some jumps and new riders to be aware of as the season unfolds.

Dutch rider Esmée Peperkamp will join Team DSM in 2021 for her third year of racing. The 23-year-old hasn’t been on the scene long but has already made a name for herself and claimed rising star status on longer climbs and in the time trial discipline.

The 21-year-old Canadian rider Emilie Fortin will join Continental UCI team Bizkaia-Durango in 2021. This young talent has already honed her skills racing in Europe, Asia and America, and has developed a reputation for her impressive versatility on different terrains.

Alison Jackson will be joining LIV Cycling for the coming season, under the new leadership of Lars Boom as Sports Director.

The six-time world champion Pauline Ferrand-Prévot has been keeping us guessing since it was confirmed that she will leave Canyon//SRAM after four seasons. She has not yet announced her new team but should be in the coming days! 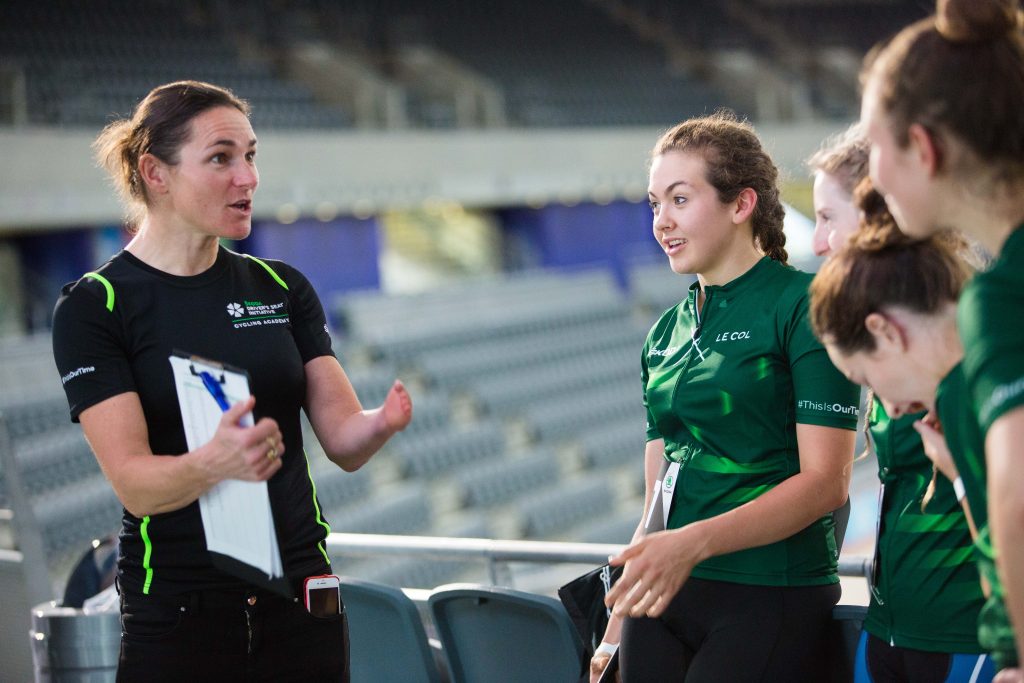 International Women’s Day: Female cyclists from the past who inspire the ŠKODA DSI Cycling Academy