Comparing his pro cycling career with his reporting one, Adam Blythe sees the most striking difference in being able to […]

Comparing his pro cycling career with his reporting one, Adam Blythe sees the most striking difference in being able to enjoy a glass of wine in the evening and not worry about it. What else? Continuing in the spirit of our latest #Ride2Unite series of interviews and podcasts, focused on keeping the cycling community informed, entertained, active and connected, we’ve switched from video streams to the real thing by catching up with Mr Blythe once more but this time in person. Adam made time in his busy schedule right in the middle of reporting for NBC Sport from the Tour de France. The all-new Tour director’s car, the imposing fully- electric ŠKODA ENYAQ iV, kept us company during the interview. This edition is hosted by Keira McVitty.

Adam Blythe is a former professional road and track-racing cyclist from Yorkshire, with a pro career spanning from 2010 to 2019, who competed under the colours of e.g. Tinkoff or Lotto–Soudal. Blythe began racing at a young age, quickly moving to WorldTour level. Commenting on the precise terms of his involvement with ŠKODA and his thoughts on the Tour, Adam sums up: “I’m an ambassador of ŠKODA, to get all people on bikes, gender equality for bikes, getting more women on bicycles, so to be here now at the Tour de France is a great pleasure but also a bit of a shame that we don’t have a women’s race along with it.” Getting deeper into the topic of women’s cycling and his contribution to supporting it, Adam elaborates: “There’s no difference, it’s not a men’s sport, it’s not a women’s sport, it’s for everyone. I think it’s just making people aware of that. I’m using my voice as a bit of a platform to shout about it.” 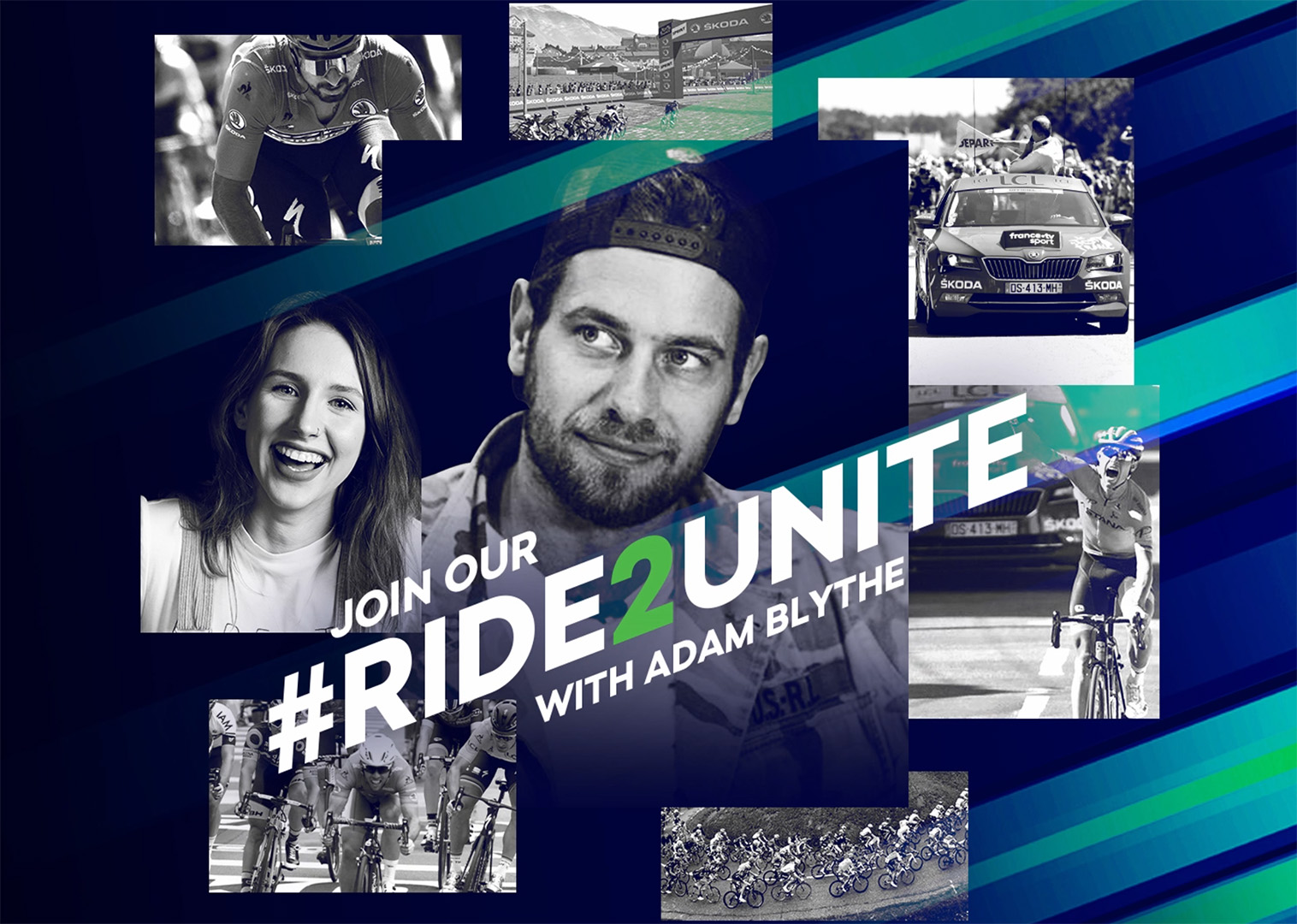 Appearing at a number of world-renowned teams and gathering wins such as the British National Championships or RideLondon Classic, Blythe eventually decided to retire from pro cycling in October 2019, after finishing the season. Throughout the same year, he also regularly featured on Eurosport commenting on the Grand Tours where he and his collection of brightly-coloured shirts became a hit with viewers. Regarding his current reporter career and the Tour specifically, Adam noted: “It’s been long days, hard days, it’s very different to being a rider. But it’s nice to be on this side of the fence, to be able to watch the guys and appreciate how hard they’re actually trying at this race.”

Recently in 2020, the very first women’s virtual Tour, the V-Series Women’s Tour, took place on the virtual racing platform ZWIFT and Adam acted as the Directeur Sportif. As self-evident above, Adam is an active supporter, organizer and advocate for women’s cycling events and projects, such as This Is Our Time.

Watch the video above to catch Adam’s opinion on the electrification of Tour’s vehicles, glimpse into his at-home life, a lookback on his career and more.