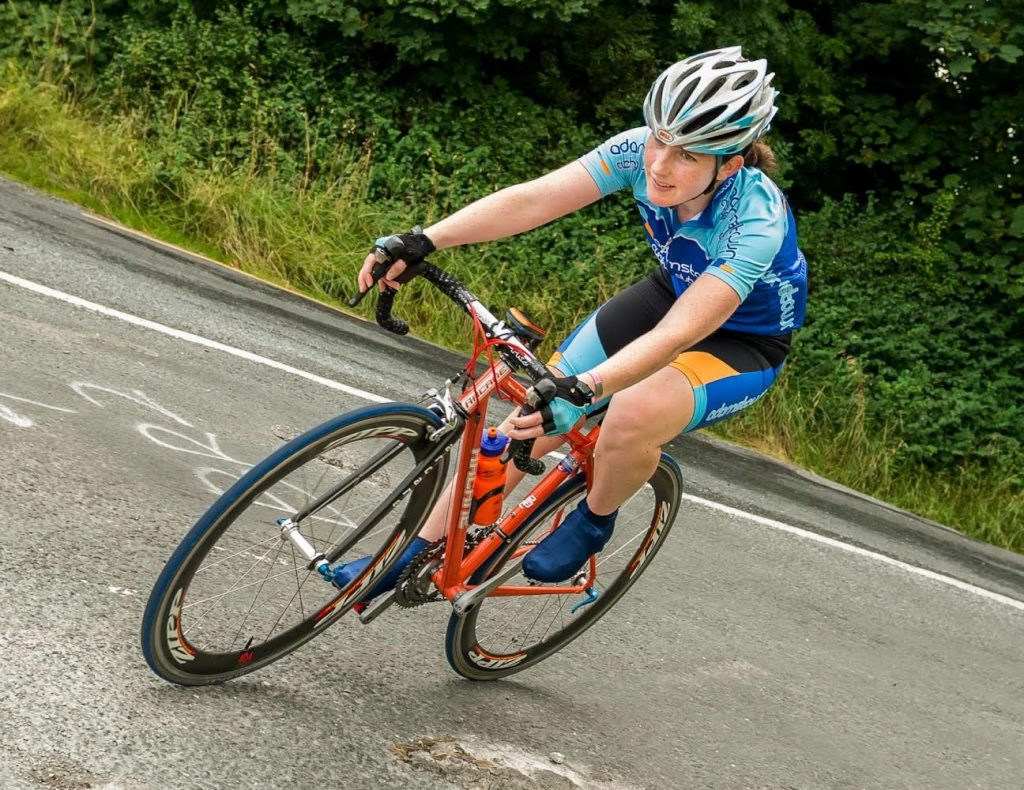 AN INTERVIEW WITH RÓISÍN KENNEDY ON WOMEN’S CYCLING IN IRELAND

For those in the Irish cycling community, Róisín Kennedy likely needs little introduction; an Elite multiple National and Provincial medallist […]

For those in the Irish cycling community, Róisín Kennedy likely needs little introduction; an Elite multiple National and Provincial medallist on both road and track, a former international competitor, and a founding member of the Arcane Women’s Team – with whom she still competes.

She’s also noted for her work as a women’s cycling activist; Chairperson of the Cycling Ireland Women’s Commission until recently, and an active member of the group since its inception. As well as this, she’s a mother of two – including a cycling-mad two-and-a-half-year-old girl, along with a newborn baby boy.

You’ve been involved in the sport for many years – on the bike and on the board. What changes have you seen during that time?
When I started racing, we could count the women racing regularly in each province on one hand; lots of women were cycling, very few were racing. Most of the races were combined with the men, so a female beginner (to racing) had no pathway into competition. A lot of people have contributed to change that, from the original Commission starting the Boot Inn Leagues (Women’s beginner to Elite Racing), to Corkagh Park, to the Intermediate League. Senior women’s cycling is growing every year, on both road and track; women’s entries often outnumber the men in Elite Track Nationals.

These are all positive changes, but what obstacles and challenges remain?
I think that both the Women’s Commission and the Youth Commission are aiming to address the issue with young girls and competition. The numbers are low, and retention is a problem. There is also a challenge to include all the disciplines. Lots of work has been done in recent years with discipline reps, but there is more that could be done with leisure, off-road, MTB and BMX.

Are these cycling-only issues, or representative of the sporting spectrum at large?
In my opinion, all sports are seeing the same problems with retention – from youth to junior, and from junior to elite.

Is there a particular area that represents a priority at this time?
There is a pathway, and paid roles, to look after elite athletes, and beginner women are catered for with the Leagues, training camps, etc – but we need to see a lot more young girls choose cycling as their sport from an early age. At present this usually only happens within cycling families, but we need to get into the schools and show Irish girls our Irish sport – one with as long a tradition in Ireland as any of the Irish sports.

Is funding an issue in all of this?
We are all volunteers, and to be honest funding has not been a limiting factor within the Commission. Cycling Ireland has always been supportive of what the women’s commission wants to do; they now have paid roles for the development of Women’s Cycling.

What would be your advice to women considering getting in the saddle?
I would say that you should identify what you like about cycling, and pick a club that suits these aspirations. If you want to be social, there are a lot of groups and organised leisure events that you could target. These are a great way to meet people, see new routes, and pick up tips. Once you are doing regular spins, you could contact your local cycling club. If you want to race or have a discipline specific leaning, then join a club that suits these ambitions. My Arcane Women’s Team has a great set-up for women who would like to race on the road or track – you could turn up for a training day with us, and be racing in a national championship a month later!

What’s been your proudest cycling moment?
Difficult one, as I’ve been racing for over 20 years and I prefer to look forwards rather than backwards. The racing part of cycling has always been about competing for me, and not about the result or level. I’ve won an international stage race while riding on the Irish Team; I’ve been a part of some great teams that have medalled in the Team Pursuit; but I will go with my most recent achievement – racing last Tuesday night at the B race in Corkagh Park, six weeks after giving birth to little Eóin.

Want to join the ride but need a set of wheels to start? Check out our list of these Women-Specific Bikes for inspiration.