In one of my previous articles, we discussed the best hybrid bikes and I mentioned how these can be great for commuting and going around town. That said, if you want to have a comfortable bike designed for carefree cruising of the city centre while going to work or doing your shopping, what you need is a proper city bike also called an ‘upright’ or ‘cruiser’ bike. These commuter bikes are designed with comfort in mind.

Let’s see the best and coolest city bikes you can find on the market for under 1,000 euro. 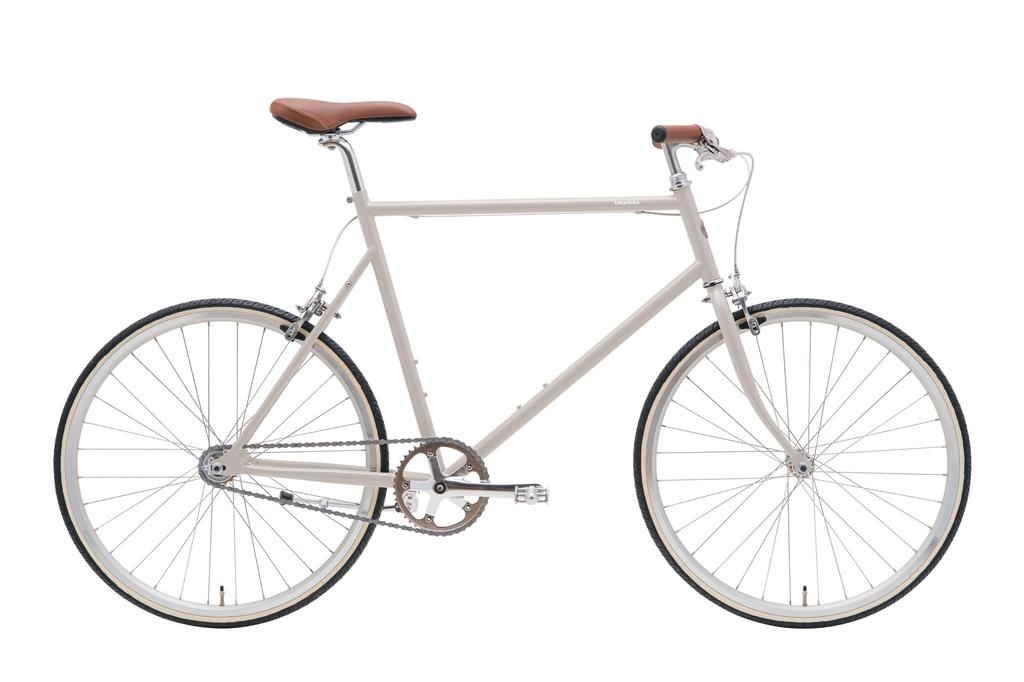 The story goes that Tokyo Bikes began in a quiet Tokyo suburb in 2002 and were inspired by the Tokyo Slow concept – the idea that more reward lies in the journey rather than the destination. I had the chance to try one of these city bikes, the Mono model, and I must say I was impressed. The bike is very light and reactive. It is also very comfortable. This particular model is a single speed so not particularly suitable for cities with numerous uphill routes (if you live in a hilly city, you can look at other models, for example, the Classic Sport).

The commuter bike has a very minimalist look and that’s what I like about it. It is beautiful enough to be hanged in your living room. But for some, this could be a minus. In fact, it comes with no mudguards and no rack (although it can be mounted). A kick-stand and a bell are included. It is built with a lightweight Chromoly steel frame on 26″ wheels for better storage and available in 2 colours, Ivory and Black. The weight is about 12 kg. 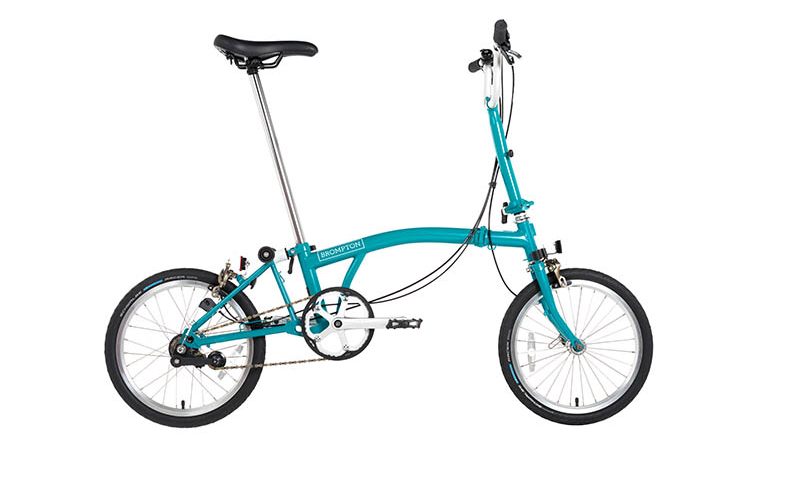 Brompton bikes are iconic. They are famous for being foldable but despite those little wheels, they are also famous for being amazing to ride. I have first-hand experience confirming just that. I once participated in an event called Rando Imperator, a Randonnée across the Alps. A guy showed up with a Brompton. We started together in Munich and, after almost 400 km of nonstop riding, he arrived in Bolzano just under two hours after myself. I should mention that I had a gravel bike. Amazing!

Brompton bikes are not exactly cheapest, so if you are not convinced and would like to give them a try, we recommend the entry-base model called Brompton B75.

This model comes quite naked but is compatible with mudguards, battery-powered lights, folding pedals, a front carrier block and a telescopic seat post, which can be purchased separately. Weight is about 11.6 kg. 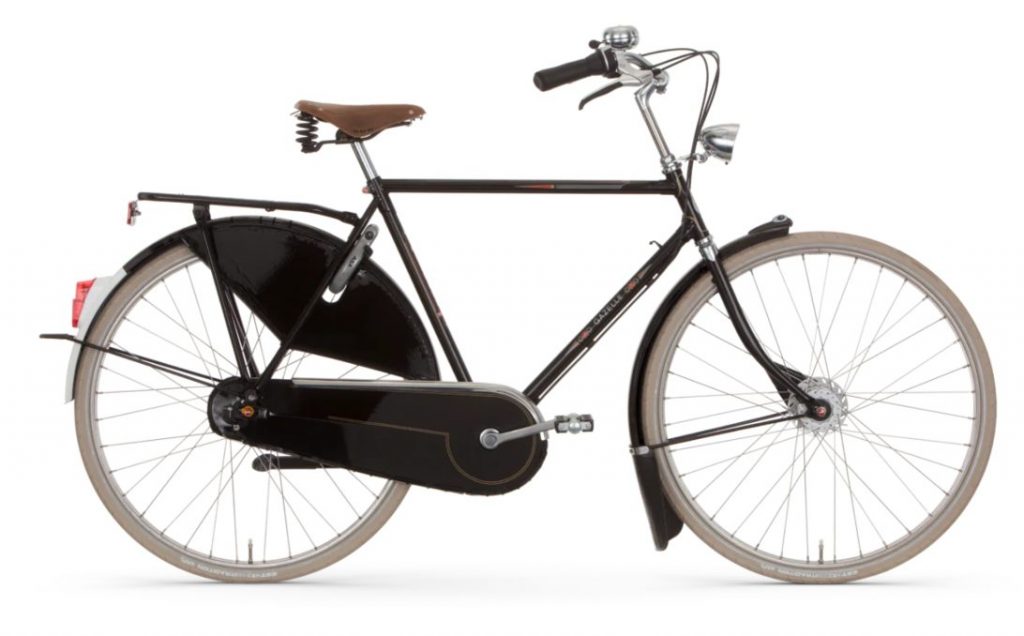 I was born in one of the flattest places in Italy, a city called Ferrara. It is the Italian City of Bicycles and everybody there moves around by bike. It is also called the Italian Amsterdam and, maybe because of that, I used to grow up surrounded by a lot of Dutch bikes. Dutch bikes are basically bikes that are very good for cycling at low to moderate speeds thanks to their very upright geometry. They are super comfortable. The most famous producer of Dutch bikes I know is Gazelle and, in particular, I like the model called Tour Populair.

The bike mounts roller brakes (drum brakes), an 8-speed Shimano Nexus derailleur, lights, fenders, and a rack. The weight is about 22.9 kg. 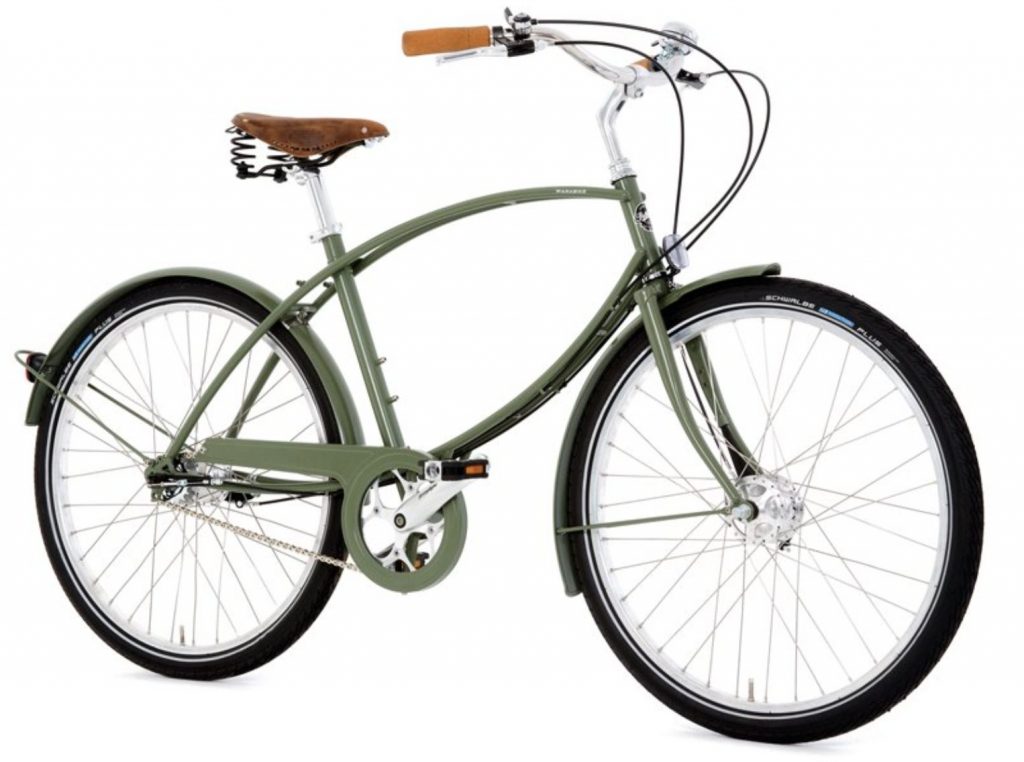 Pashley is England’s oldest established manufacturer of hand-built bicycles. The company traces its history back to 1926. The design of their Parabike model is very distinctive but the story behind the bike even more. The bike was used by British paratroopers dropping into the occupied France who would use these cycles to get around both the city and the countryside on their important missions. The city bike comes with a Sturmey Archer 5-speed gear, with a Brook saddle and with Schwalbe Marathon Plus tyres with extra puncture protection and reflective sidewalls. Definitely, a bike for all sorts of urban (and not only) adventures. 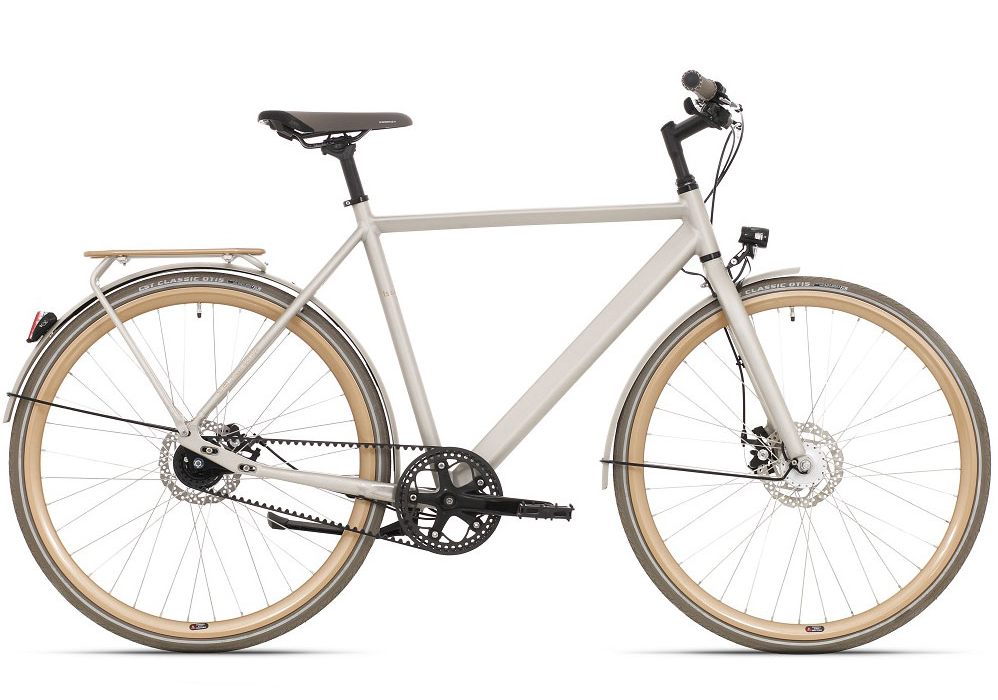 I love the look of the FSS 400 model by Frappé bikes. It is modern and elegant. The 7-speed internal gear, the hydraulic disc brakes, the tyres with puncture protection technology, mudguards, and lights show that the designers thought about every little detail. Last but not least, the bike mounts a belt drive which is a grease-free, worry-free, and modern alternative to a chain so you don’t need to worry about riding to the office and making your favourite trousers dirty. 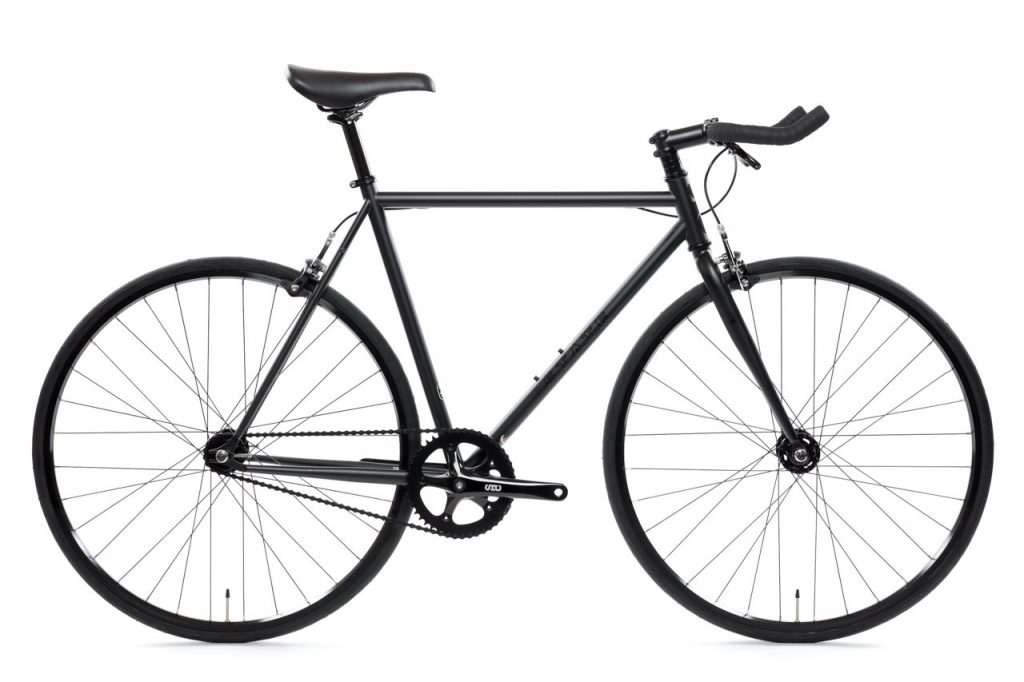 A fixie could not be missing from this list of top city bikes and the 4130 model from State Bicycle has the possibility to go from a single speed to a fixie on a whim, thanks to the flip-flop hub. Among the key features are internal cable routing, rack mounts and integrated chain tensioner. The commuter bike weighs only 9 kg so it is light enough to throw over your shoulder and carry up a flight or two of stairs. This model is available in many variants and I would also like to mention that, when ordering the bike, there are endless possibilities of customization (i.e. you can choose between 11 different models of saddles). 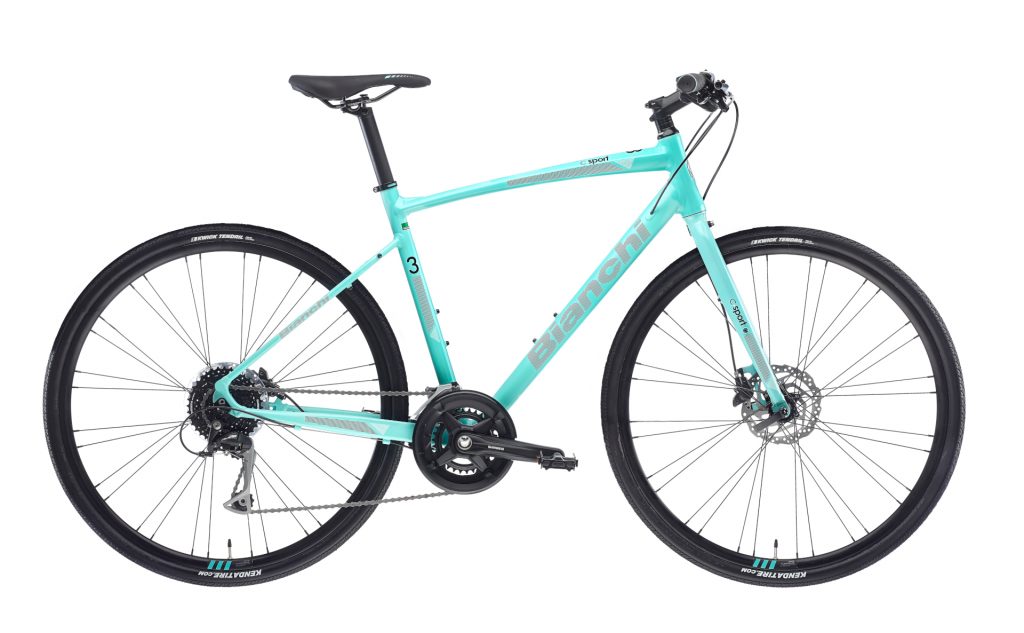 If you want a commuter bike that is not only a tool for urban dwellers but that is also recognizable and glamorous, you should consider getting a Bianchi C Sport 3 in the iconic signature Celeste colour. Bianchi was my first racing bike, you can still see it hanging on the wall of my bike shop in Prague, and it was also the bike ridden by two of my biggest cycling heroes, Fausto Coppi and Marco Pantani. So, if you ask me, it is a bike that should make every owner proud.

The C Sport 3 features an aluminium frame in Celeste, a Shimano Alivio 9-speed drivetrain, and hydraulic disc brakes. It has mudguards and rack mounts.