For the last 11 years, I have been running a bike-tour agency that has grown to have nearly 100 bikes. Some of them are road bikes, some hybrids, city bikes are not missing and of course, we have many mountain bikes. I’ve always focused on buying bikes that were the perfect compromise between price and quality. Here’s a rundown of the best mountain bikes under 500 Euro.

So, for those who don’t want to spend a fortune on a bike, here’s a guide to the best mountain bikes under 500 euros and a bit more. I found this to be the magic number to get a decent bike at a reasonable price. 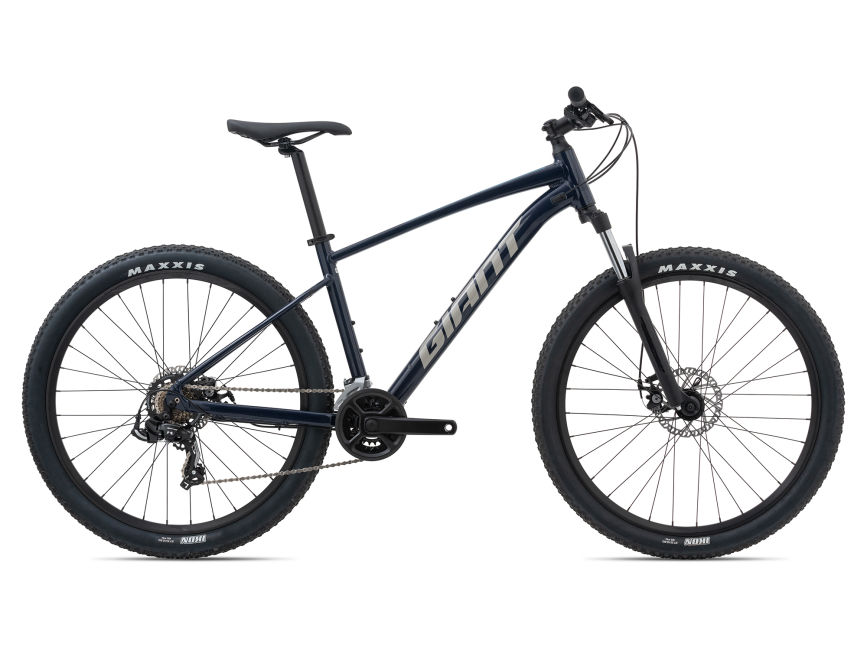 Giant is the biggest bike producer in the world. Not only do they have their own brand, but at their factory in Taiwan they also produce bikes for many other bike brands. In fact, that’s how they started. So they definitely know how to make good bikes and they are well known for being one of the best budget bike brands.

The Giant Talon 4 GE is the entry-level bike of the Talon series. It’s available in different wheel sizes: 27.5” and 29”. It comes with a Shimano Tourney shifter, which may not shift as quickly or as smoothly as higher-end stuff, but is reliable and long-lasting.

The bike mounts mechanical disc brakes, which is also a plus. 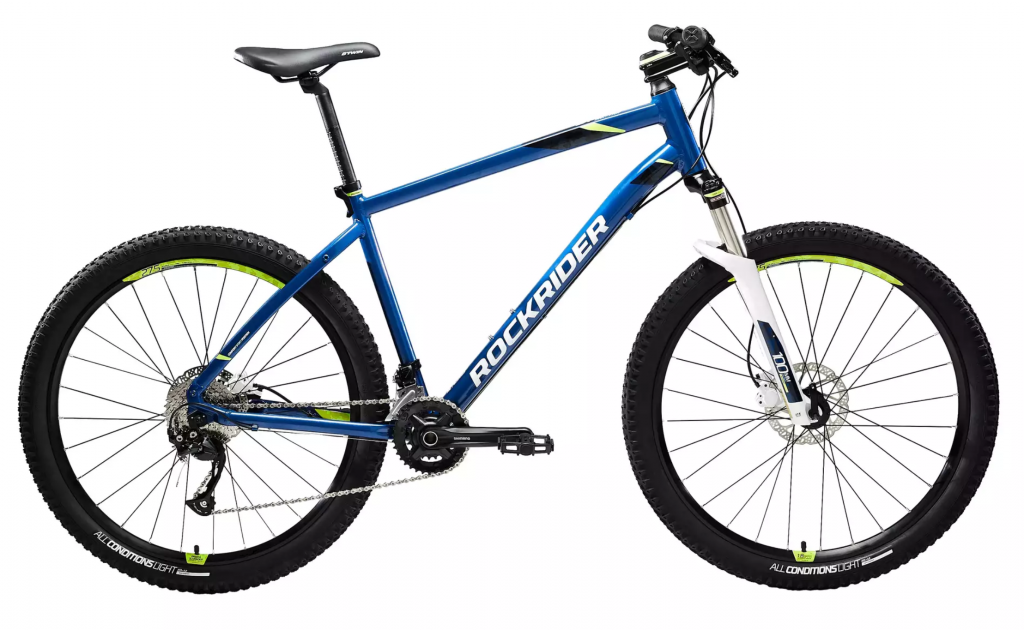 When it comes to price, it’s hard to beat Decathlon, the French chain that claims to make cycling affordable to everyone. Hardcore cyclists don’t rate the brand very highly, but if all you need is an entry-level mountain bike, their Rockrider ST540 will do the job perfectly. It comes with 27” wheels. It is the cheapest of the mountain bikes mentioned in this article but still, it mounts a very decent Shimano Altus, and has hydraulic disk brakes. That sounds like a good deal! 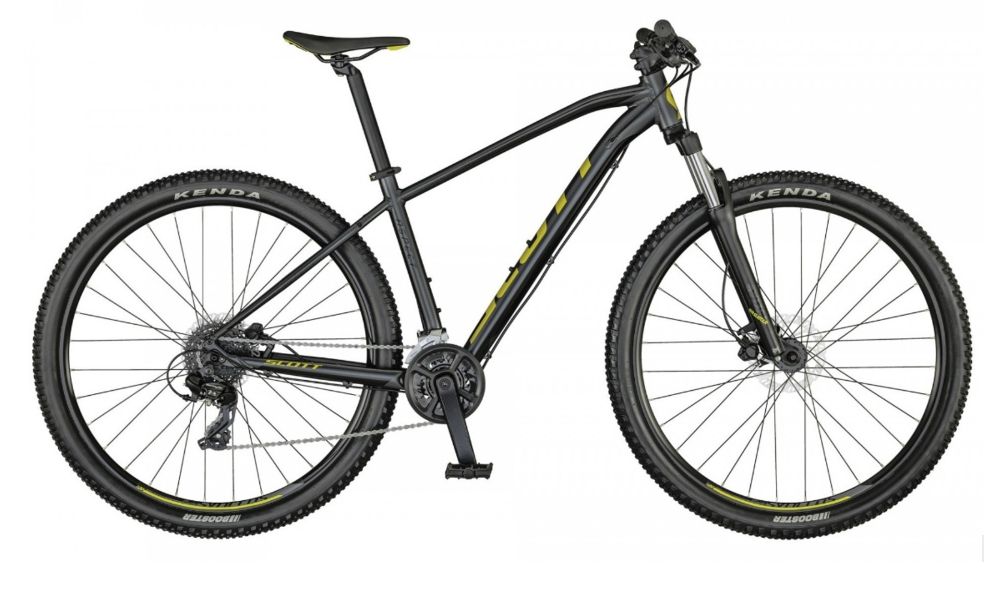 Scott is a legendary brand and one of the big players. Their Scott Aspect 960 is a great entry-level bike. It comes with a Shimano Tourney shifter, which as I mentioned above, is good. It has 27.5” wheels. It cost slightly more than the Giant Talon, but it comes with hydraulic disc brakes. Hydraulic brakes are harder to maintain than mechanical brakes, but they will need less hand effort to provide the same amount of braking. So, if you plan a lot of off-road riding, hydraulic might be a good idea. 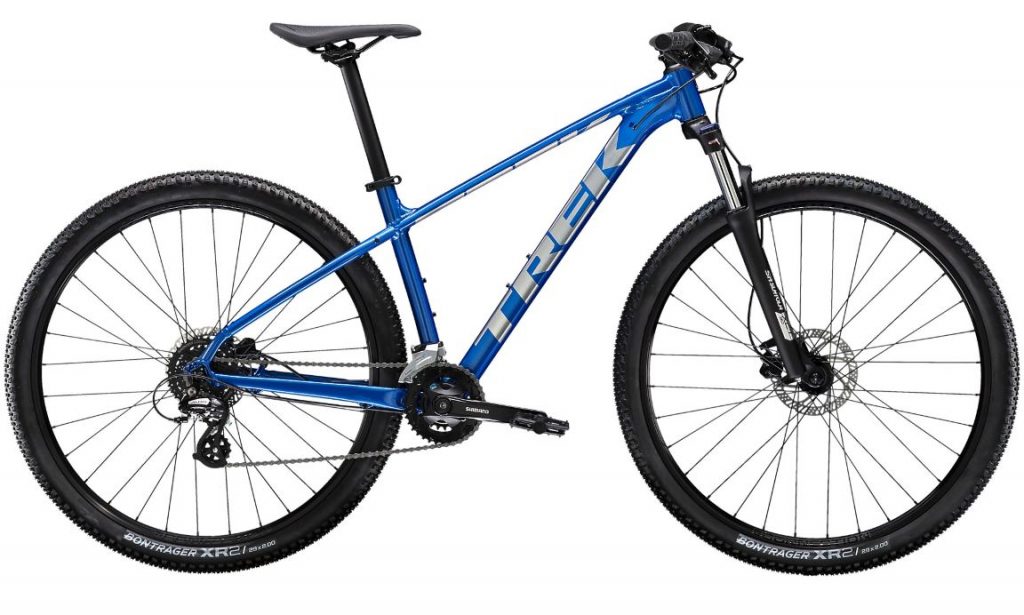 If you want to go fancy, you should consider investing a bit more to get a Trek. Trek’s website states that they are ‘the world’s best bikes’. Whether they are the best or not, they surely want to position them on the market as premium, so their prices reflect that. The Marlin 6 costs around 600 euro. It has 29” wheels. It mounts a Shimano Altus shifter which is better than Tourney, because it is lighter and operates more smoothly. And it has also hydraulic disc brakes. 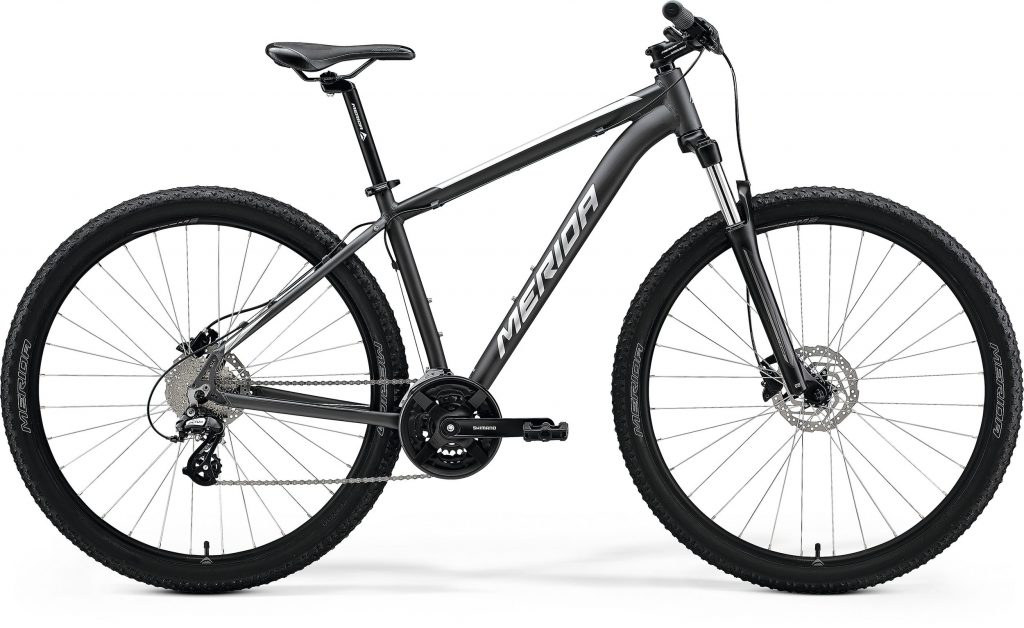 Merida is another big Taiwanese player. And like Giant, Merida used to produce bikes for other brands like Specialized. They offer a wide portfolio of bikes, including the Big Nine.15, their entry-level mountain bike with 29” wheels. It mounts a Shimano Altus shifter and hydraulic disc brakes.

I hope you found this article useful. As a rule of thumb, the shifter is an indicator of quality. Shimano Altus and Acera are better than Tourney and so are all the other components.