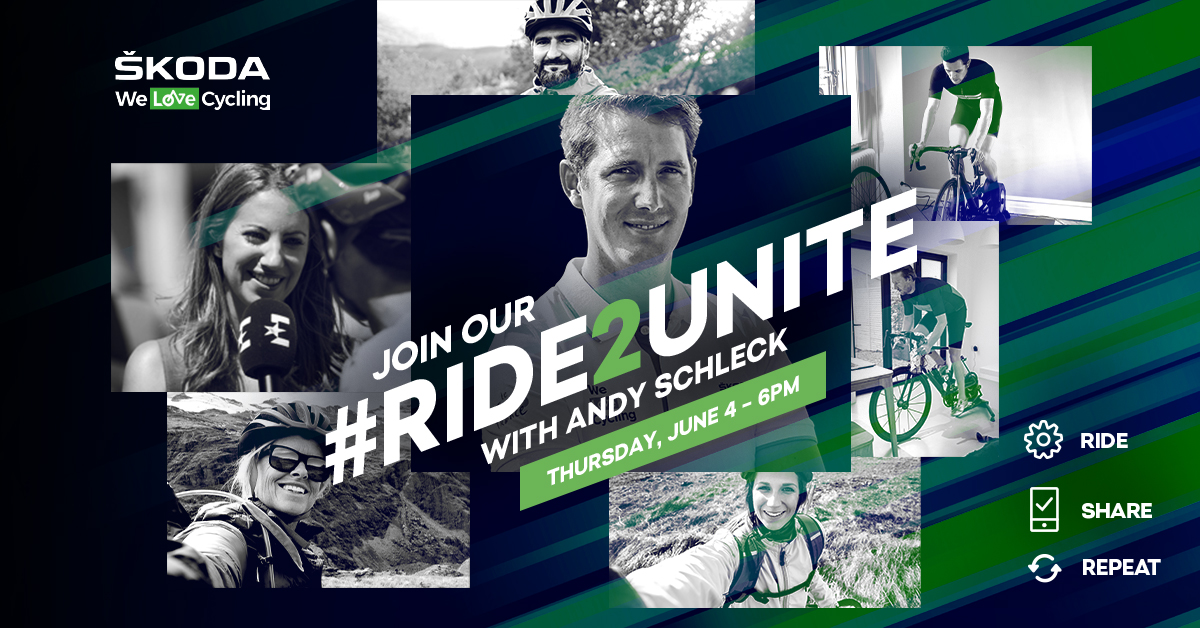 We’re back with another weekly dose of virtual cycling fun via the #Ride2Unite initiative to support the cycling community in its time of need. Here’s your introduction to another livestream hosted by Spanish sports journalist and Eurosport presenter Laura Meseguer, this time with a former pro road cyclist coming from a long line of racers – Andy Raymond Schleck.

As we mentioned, with professional cyclists, it often runs in the family. Just ask Andy Schleck, a former pro cyclist, a Luxembourg native and the Tour de France 2010 winner and two-time runner-up, whose older brother, father, and grandfather have a rich history of cycling races under their belts. Having turned pro in 2005 with CSC, Schleck shot to prominence virtually overnight. As a 21-year-old, he finished second in the 2007 Giro d’Italia, behind winner Danilo Di Luca. Currently, he functions as a chairman of the Škoda Tour de Luxembourg, an ambassador at the Tour de France’s Škoda Hospitality Programme and as a trainer and pro cycling advisor. After retiring from his career early due to injury, he got himself a small bicycle shop in Luxembourg that became his beloved hobby and where he also spends lots of time, helping people find and build their dream bike.

In the upcoming livestream, Laura Meseguer will be naturally curious about this switch from a pro rider with an insane year-round schedule to a bike shop owner in the town of Ipzig, alongside topics like his fondest race memories, advice for young talents looking to make a breakthrough on the cycling scene, his opinions on how the cycling world will grapple in post-Covid-19 times and more. Tune on Thursday, June 4th, 2020 at 4 PM GMT. We’ll be streaming on Instagram (@WLCMAGAZINE).

You can catch up with the second #Ride2Unite stream with Dutch ex road racer Laurens ten Dam on Instagram.