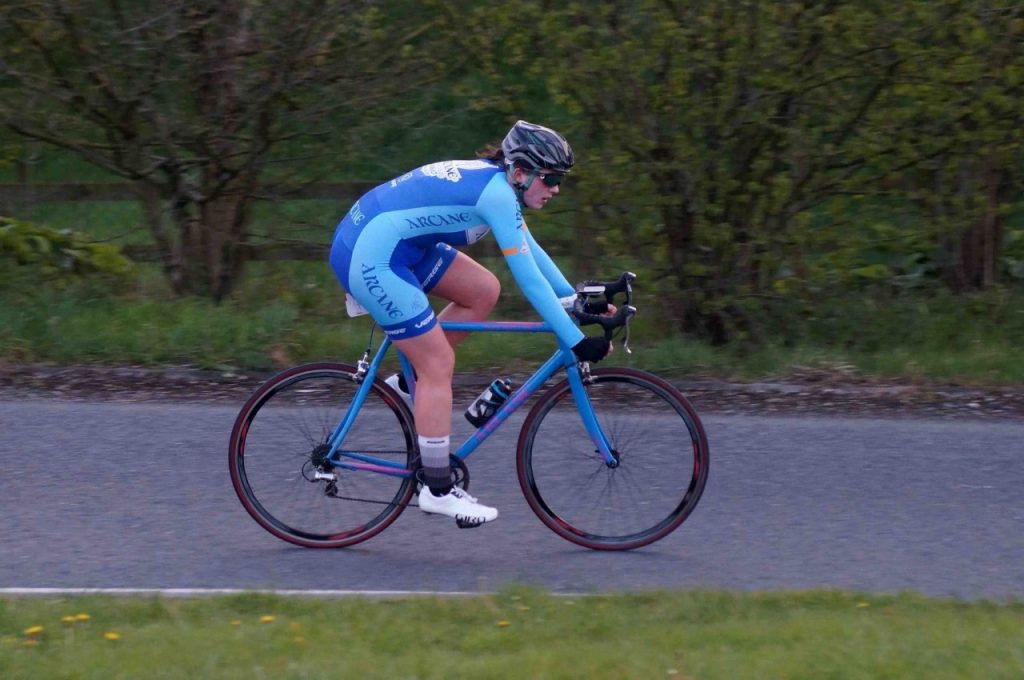 With an outdoorsy family of triathletes and some superb coaches and cycling friends to thank, almost 18-year-old Hannah Tilly from Bath Avenue in Dublin has been cycling for most of her teenage life. And the Leaving Certificate won’t get in the way of that – when she’s not busy studying, she spends every minute she can on her bike! 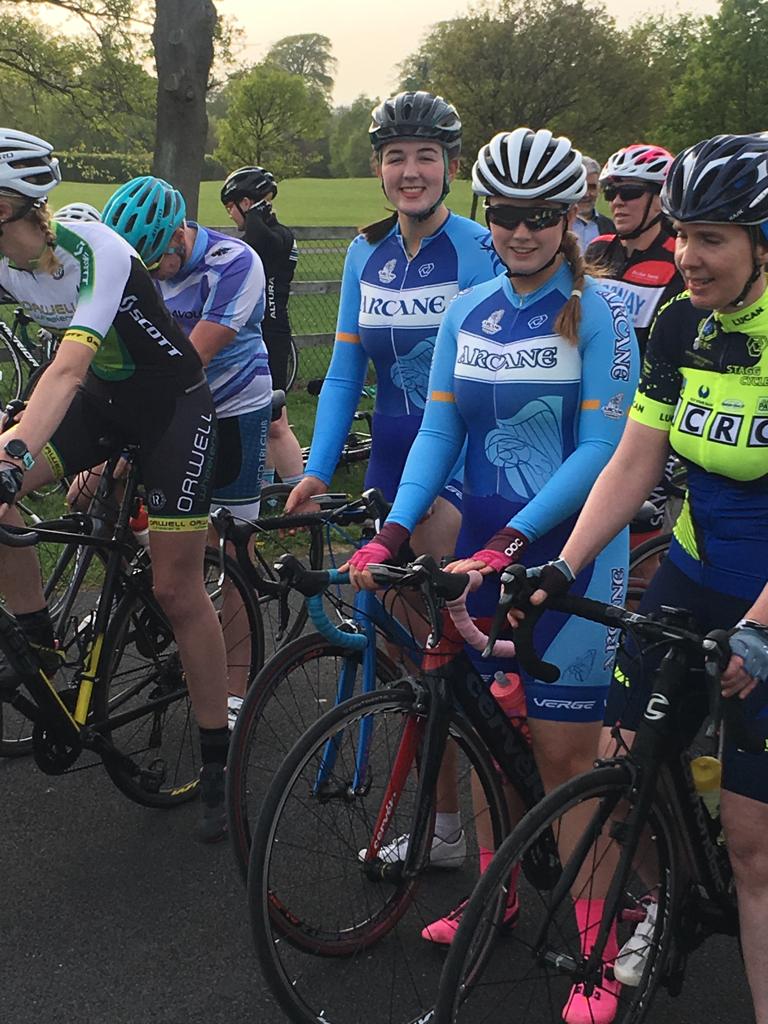 How often do you cycle?

“Mostly at the weekends. I get a half-day in school on a Friday so I’m straight onto the bike once I’m home. I’ll also cycle on Saturday and Sunday. I’m trying to squeeze a couple of sessions in during the week too when I can, to get in some extra exercise.”

How did you first get into cycling?

“In about 2014 I saw my sister Sarah’s old bike hanging up outside and said I wanted to give it a try! My Dad brought me out to the track that summer. He was with Bray Wheelers, so I naturally joined them. They’re such a supportive team, so I couldn’t have picked a better place to start.

Dad was always doing triathlons, always cycling – as were my uncles and aunts. Everyone in the family has dabbled – they’re all very sporty. I preferred the cycling aspect though. We’ve always been a pretty outdoorsy family. Dad was always into fishing so we’d all be at the beach a lot, either fishing or kayaking and we’d go for hikes sometimes too.

There are so many people within cycling who’ve encouraged me so much, though. Genevieve who organises the camps to Holland really helped spark my interest. We’d head over to Holland to the indoor velodrome in for the weekend. It was so cool!”

Are you still with Bray Wheelers or part of another club?

“I loved Bray Wheelers but actually moved to Orwell to be with my friends. I properly got into cycling with the Orwell team. I had my first race with them – and in 2017, we competed in the Nationals. I was bopping around between clubs for a bit trying to find one that suited me best, and at the track one day, my current coach, Brendan Whelan, approached me and asked me to join the Arcane team. I love being a part of a club. It’s great racing as a team and feeling like you’re part of the family.”

Are there many other girls your age there?

“There actually are a good few young girls at the club, including my two best friends! I think the number of girls my age is growing but that can change from year to year. There are very few girls compared to boys though.”

Do you think cycling is promoted enough in Ireland – especially as a sport for women?

“The Women’s Commission is fantastic for promoting women’s cycling and I think they’re doing an amazing job. My coach Brendan is actually part of it. They run lots of events and they put teams into races. Two years ago, I went to Kerry to the day camp organised by The Women’s Commission and it was fantastic! They also run the Corkagh Park Summer League where beginners can race on closed roads. It’s a nicer and easier way to get into it and it’s how I started racing too.”

What sort of training do you do?

“A mixture – although I’m better on the track. We train a lot on the track in the summer months when it’s dry and during the winter, we’d mostly train on the road.”

So, what’s your favourite cycling route in your area?

“I really love the cycle out to Howth – the cycle path and the views. It’s not the best for training because there are all sorts of people on the track, but it’s such a great infrastructure to have in the city. I also love the Sally Gap. It’s deadly to get up the mountains. The scenery is phenomenal and it’s so gorgeous past Enniskerry.”

What about in Ireland?

“I’ve been around the country to lots of different places for racing, but I think Kerry is my favourite. It’s such a fab county. You can go anywhere on your bike – it’s almost like you’re walking but you can go further and still see everything.

I really love Dingle, though. When I went to Kerry with the Women’s Commission the first time, my Dad came too and we stayed overnight and cycled all around Dingle the next day. Last time I went, I stayed with my friends who live there and we did loads of cycling. Conor Pass is so cool on a bike!”

Can you tell us about your first race and your proudest moments since?

“I can’t really remember my first race – I probably did dreadfully and got dropped from the bunch. The track is where I’m better. I came in third in the Scratch Race in Junior Nationals last year and one of my favourite races is team pursuit. We came second in the Senior Nationals in that one this year. I’ve been racing in the Leinsters for the last few years too. I also competed in the Tour of Omagh three day stage race this year and last year which was great.

What I’m most excited about is my upcoming race in Manchester with the Women’s Commission. I went last year too. We do an omnium on the indoor velodrome, so it’s very different to racing outdoor. I think that’s one of my proudest moments. It’s really cool to mix with the girls and women who are there cycling all the time.”

Is professional cycling something you’d ever consider?

“Definitely! When I watch it on the TV, I think I’d love to do it! It’s definitely something I’m dreaming about but, I want to see how the Leaving Cert goes before I commit to anything.”

So, what do you enjoy most about cycling?

“The freedom of it – you can go anywhere! I love going to the track and meeting everyone too. It’s great being part of a team. Everyone helps and there’s a real community feel. I love that my team have a really strong women’s presence too. It’s a really different and unique sport in Ireland.”

Want to read more about the wonderful women cycling in Ireland? Check out our interview with Lisa Thake of Fat Girl Fit right here. 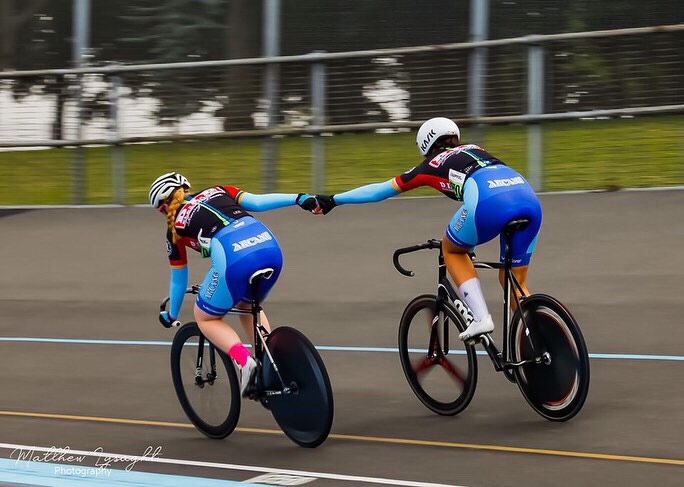