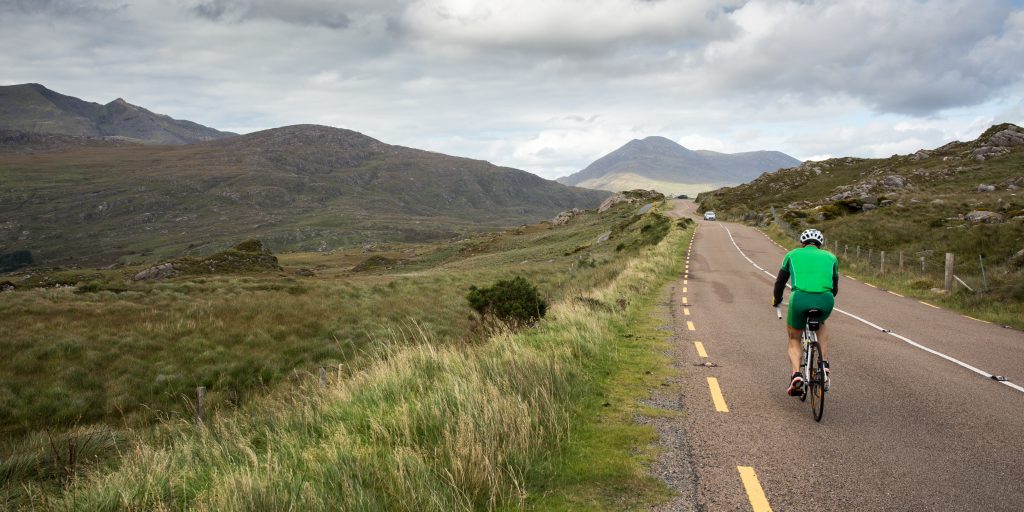 Time at a premium? These options are the optimum for shorter cycles…

We’ve gone through some recommended routes for serious cycles around the country (link here), but no cyclist can commit to the long haul every time.

With that in mind, we’ve selected a handful of scenic local trails around the country, suitable for all abilities – and all schedules!

A 40km on-road route around Lough Gill, passing through some of the most scenic areas of Sligo and Leitrim, this one is perfect for a short stint or a lazy, lingering ride – and once you set eyes on the location, you might lean towards the latter!

A number of picnic spots are located along the route, including Coillte Forest Walks and Nature Trails. The route also passes close to Hazelwood, immortalised by William Butler Yeats in his poem ‘The Song of Wandering Aengus’.

In keeping with that literary bent, nearby is a viewing area of the Isle of Innisfree, which looks out at the the retreat that Yeats yearned for – so there’s plenty for both body and mind on this journey!

Two enchanting routes back-to-back – or two separate days out, if you prefer – show off the very best of the sunny south-east. A grand tour of south Wexford kicks off near the picturesque Johnstown Castle, before heading into the old town of Rosslare.

The route towards to the fishing village of Kilmore Quay is fast and flat – and characterised by sudden changes in direction, so take care! It’s certainly worth slowing down to glimpse Ireland’s only surviving windmill at Tacumshane.

In fact, slowing down isn’t a bad shout across this route as a whole; congested roads like the N25, R740 and 739, as well as a couple of tricky junctions, mean a little vigilance is recommended…

A slightly longer – and more demanding – route clocks in at 135km, but is one of the more spectacular cycle routes on the Wild Atlantic Way. You can start from either end; the glory of the Dingle peninsula looks good whether you’re coming or going!

For fans of ‘the climb’, the Conor Pass is a worthy test for lungs and legs – but once you reach the top you’ve got one of the best free wheel descents in Ireland, from the summit all the way to Dingle town over 7km away; there’s an argument for setting off from Tralee, then!

It’s possible to knock this one off in a day – though if you fancy a more leisurely trip, breaking it in two is an easy option too.

You might remember the Giro D’Italia kicking off on Irish shores in 2014 – and if you don’t, this route will certainly bring back memories!

The competitors went from Armagh to Dublin – but if that 187km slog sounds like overkill, an abridged version should be more suitable! Starting from the beautiful Skerries, the path runs through the coastal gems of Malahide and Howth, before swinging towards Clontarf and the city centre.

Needless to say, the concluding stages will involve urban traffic – so plan accordingly. Oh, and don’t start celebrating as you cross the imaginary finish line on Merrion Square; people will think you’re weird…