In 2014, Jan Turnovec and Ondrej Kaspar took a backpack, a bicycle, a movie projector and jumped on a plane from Prague to Pakistan. The two Czech friends were setting out for an adventure called Road Cinema Project. The plan was to cycle through a part of Grand Trunk Road – a 2700km-long old trade road connecting Bangladesh with Afghanistan. They would begin in Peshawar, Pakistan, and finish in Kolkata, India.

The duo emphasizes they didn’t have any charitable ambitions when coming up with the project. The intention was simply to enjoy themselves together with locals in villages, cities, and slums – whenever and wherever possible. 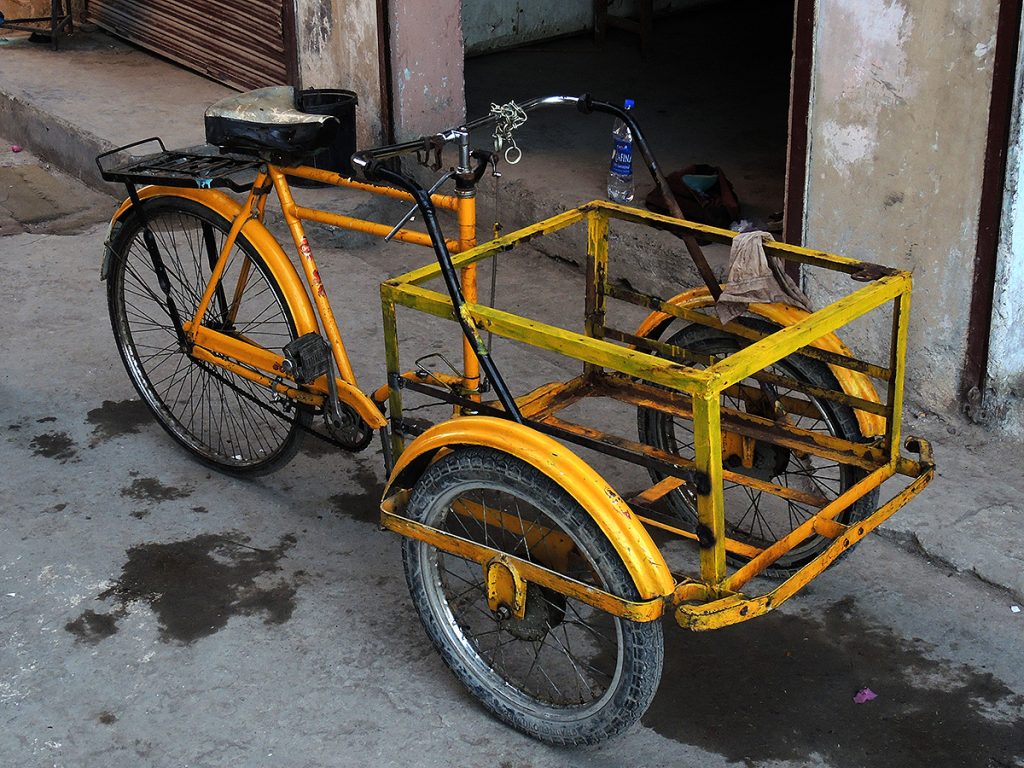 The first task after their arrival to Peshawar was buying a bicycle-rickshaw, as that was something they didn’t really bring from the Czech Republic. Sadly, it turned out to be impossible in Peshawar. Their search caught the attention of local police who were quite confused by two Czech guys wanting to cycle through Pakistan and searching for a rikshaw to accomplish that.

After being interviewed by local secret services (yep, really), Jan and Ondrej were recommended to leave Peshawar and start their journey in Islamabad. They obeyed, which was probably a good thing to do, as in Islamabad they finally managed to buy a bicycle-rickshaw called Sohrab. Equipped also with a power generator and a movie screen sewn specially for the Road Cinema project, their adventure could start and lasted for almost five months in the end 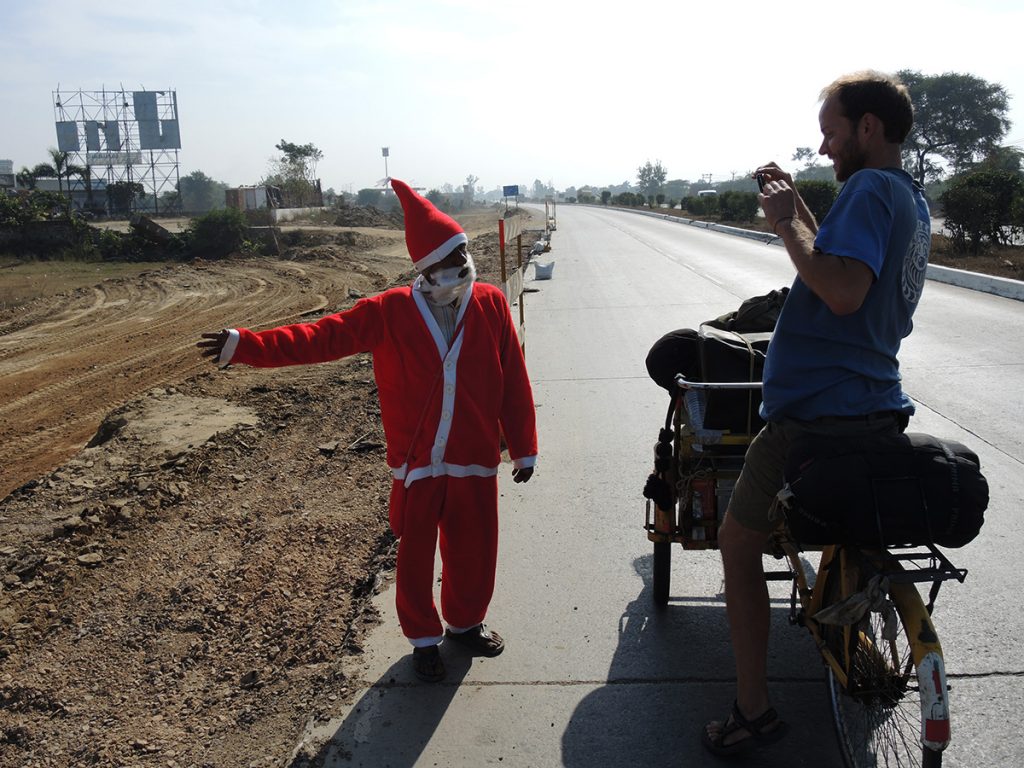 The cycle-rickshaws the two cyclists were riding on were far from being high-tech quality. But the benefit of that was that along the road, they could always reach people able to help them with servicing the bicycles or selling them spare parts.

“I guess the biggest obstacle on the road was our laziness.” – Ondřej Kašpar

The initial plan was to make 2,500 km in 100 days and screen a movie each evening. Which, not surprisingly, turned out to be unrealistic. Overall, the adventurers managed to organize 31 screenings (admitting one of the reasons was they got sick pretty frequently). Ultimately, when they didn’t feel like it, they simply didn’t organize the screening.

The locations of the movie nights were picked quite spontaneously. Once they arrived, the guys explained their plan to curious local kids gathering around. The children spread the word – a simple, yet effective PR. But again, the projectionists didn’t attempt to sugarcoat the events at all:

And how about the cinematographic part of the trip? One might expect Slumdog Millionaire to be the hit, but that turned out to be the wrong expectation. One of the most successful movies was the Indian Dhoom trilogy. The Jungle Book seemed to be the card to draw as well. The mostly screened movie was Ice Age 4: Continental Drift – a family movie suitable for any viewer.

“People weren’t particularly ecstatic about the two of us coming and doing a cinema. Hopefully, it made somebody happy but nobody really fainted from happiness.” – Ondřej Kašpar

Let’s put an end to all the story spoilers. After arrival to Delhi and the last movie screening, Jan and Ondrej packed their belongings including their loyal servant Sohrab and jumped on a plane home. You can watch their video diary here.