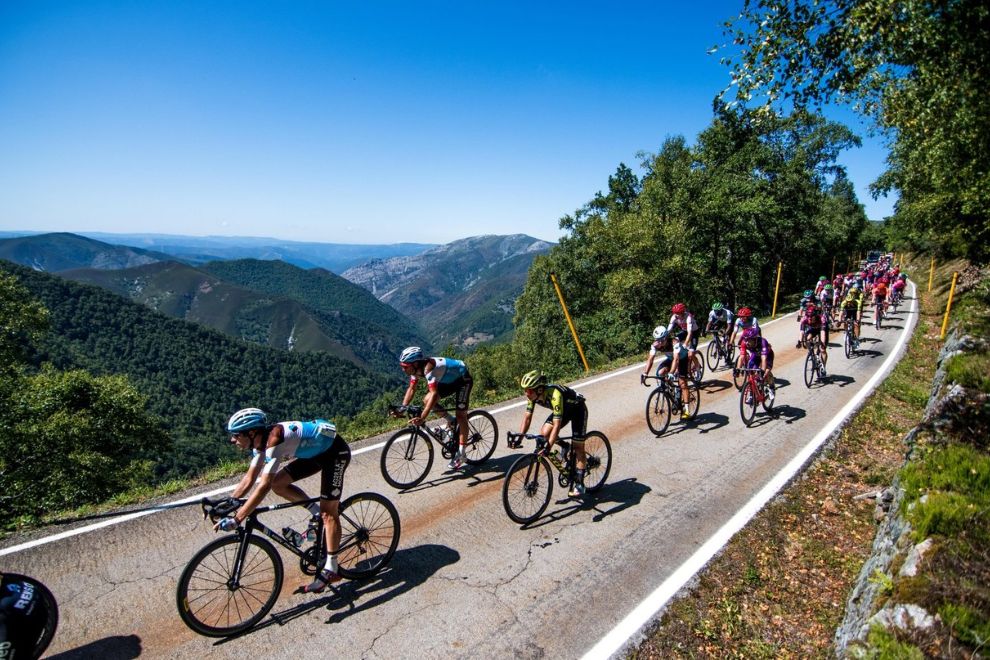 Climate change is changing the world and the way we live in it. The failure of the participants of the recent COP 25 meeting in Egypt to arrive at an agreement that will significantly alter the pace of global warming is just another indication that while many policymakers talk the talk, they are too beholden to powerful commercial interests to walk the walk and pass stringent and effective laws to save the planet.

While climate doomsday is still a fairly distant threat, evidence of a climate disaster continues to accumulate – and professional cycling is not immune. According to French Cofidis rider Guillaume Martin, the World Tour road race schedule may have to be changed to ensure that races, especially the three-week Grand Tours, will not endanger the health of riders and spectators due to extreme weather events caused by global warming. “We are experiencing a big, a very big problem,” Martin told Reporterre. “I especially remember the 2021 Vuelta a España. For several days, we rode through mind-blowing temperatures, especially in southern Spain.”

During that Vuelta, Spain suffered the highest temperature ever recorded in the country, 47.4°C (117.3°F.) at Cordue. “I remember one stage when my thermometer did not fall below 33 °C and we averaged 39 °C when we were climbing,” Martin said. “For a moment, I wondered what I was doing there, making extreme efforts in extreme temperatures, while the authorities advised the population to stay at home with the shutters closed.” Cycling fans will also remember stage 19 of the Tour de France of 2019 when the race was halted in a hailstorm and a landslide just before the final climb. More landslides led to the annulation of two climbs the following day. The race was also affected by a heat wave that saw temperatures climb over 40°C (60°C on the road!). Then-world champion Peter Sagan described conditions as suicidal and Steven Kruijswijk told reporters, “I don’t think this is healthy.”

A few days later, flash flooding affected the Tour of Britain on the course where the UCI World Championships were to be held later that year. And then torrential rain during those Championships led to sections of the scheduled route being eliminated from the Elite Men’s Road Race. Yes, as the saying goes (more or less), bad weather happens but not as a regular feature of important sporting events. Guillaume Martin says that the schedule of races – especially of the Vuelta and the Tour de France, which take place in mid-summer – will need to be changed. “Very concretely, in the world of cycling, this raises the question of the organization of races at certain times of the year,” he said. “I am not sure that the Tour de France can continue to be held in July. The health of riders and spectators depends on it.”

As perhaps the first step in a sane direction, cycling’s ruling body the UCI announced last week that it had found 80 signatories to its climate action charter, including the organizers of the Tour de France and Giro d’Italia, ASO and RCS Sport. Other founding signatories include Jumbo-Visma, Trek-Segafredo, and EF Education-EasyPost.

The signatories commit themselves to “reducing our sport’s impact on the environment and promoting the benefits of more cycle use for sustainable development.” In addition, they “recognize the crucial steps we must take to make our sport’s rapid and deep emissions reductions possible by 2030.“

Furthermore, they confirm that global warming and the extreme events it causes, such as heatwaves, floods and droughts, “risk the health and wellbeing of our athletes, spectators and workforce. We will work collaboratively to manage the impacts and lower the risks posed by the consequences of climate change in support of a climate adaptation strategy for our sport.”

Promising words. Let’s hope they can live up to them.