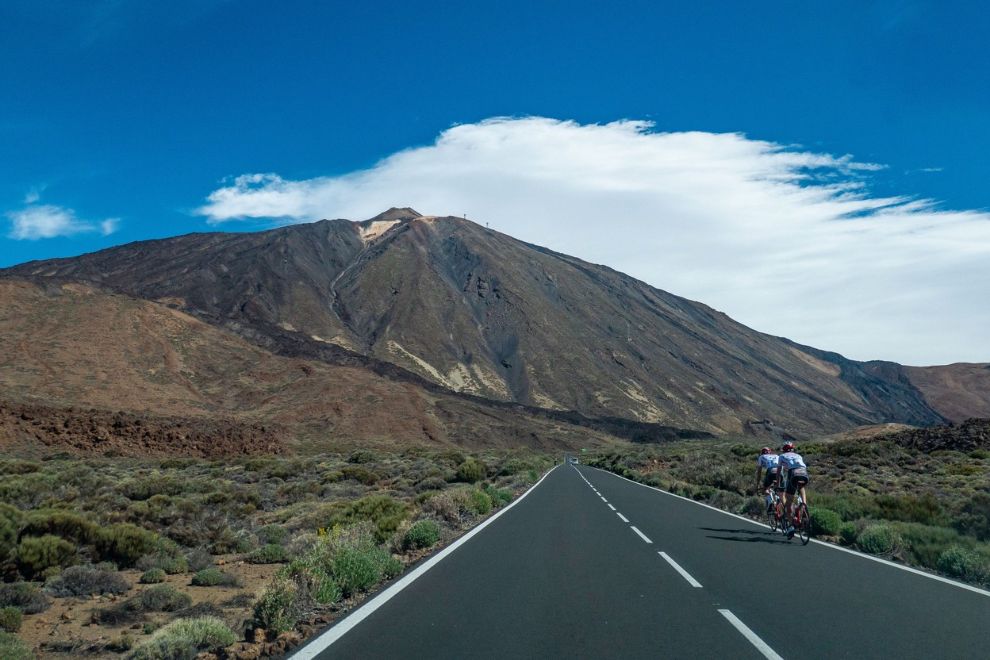 Most professional cyclists spend at least some time training at altitude before a big race like the Tour de France. Why do they voluntarily expose themselves to the harsh conditions where oxygen concentrations are low?

Cyclists train at altitude mainly for the increased red blood cell count. The body produces more red blood cells in response to thin air to improve oxygen-carrying and delivery capacity. But this is exactly what makes exercising at high altitudes hard if you normally live close to sea level. You take in less oxygen with every breath, which makes you fatigue quicker, recover slower, and constantly feel like you’re short on air. You wouldn’t be able to do the same amount of training as normal in such an environment before you fully acclimatize. This begs the question if it’s even worth it to sacrifice training volume in order to gain those red blood cells.

Pros can spend almost as much time at altitude as they want, which means they can take advantage of something called hypoxic memory. This theory says that the beneficial adaptations of altitude training accumulate much faster with frequent exposure. It’s the same reasoning as to why 4 separate hour-long rides per week are better for training adaptations than a single 4-hour ride. Hypoxic memory enables the pros to acclimatise quicker to altitude with each subsequent altitude camp they do. This means they get the best of both worlds, high-quality training and more red blood cells. Some professional teams even provide their riders with altitude generators and tents so that they can top up their altitude adaptations between camps.

Sleep in the mountains, train at the sea

Altitude can be a double-edged sword unless you use it right. That’s because while blood markers improve at altitude, muscles actually detrain. This is the reason why the “live high, train low” scenario is very popular. Cyclists would sleep at elevation but come down to train at a course that’s much closer to sea level. This way their muscles can’t detrain and their blood markers get boosted.

How long does it take to see the benefits?

Another issue with altitude training is that the effects take time to appear. In the ‘sleep high, train low’ scenario, the first week does little to nothing for your red blood cell count. In the second and third week, you see increases in red blood cells, but no real performance benefits. It takes at least four weeks to start seeing improvements.

If you’re thinking about altitude training, you should also make sure your nutrition is properly adjusted. For example, arriving at an altitude training camp with low-iron status would result in more problems than benefits. Professional cyclists go for blood tests and if a deficiency is found, they take iron supplements weeks before a camp to correct it. Altitude also asks for an increased intake of carbohydrates. Altitude is a source of stress, which causes the body to burn less fat and more carbs in response. You should keep this in mind and increase your carb intake when cycling at high altitudes.

Should you train at altitude?

The pros are regularly training at altitude in preparation for the biggest races of the season. But should you? It’s expensive to get the perfect setup going with sleeping high and training low, especially for multiple weeks in a row. Also, doing altitude camps repeatedly, to activate hypoxic memory is also not feasible for most amateurs. Unless you have the free time and money to invest in an effective altitude training schedule, it’s probably best to leave it to the pros and focus on the gains you can get from regular training.