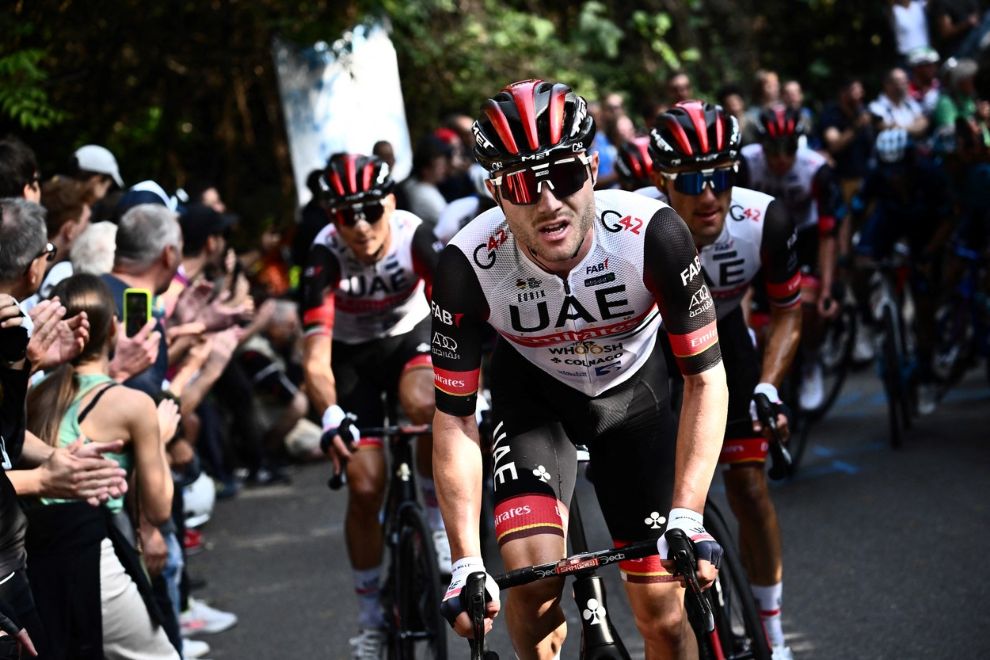 The Swiss star had his 2022 season delayed by an injury and experienced more subsequent troubles along the way. However, he did manage to end on a high note with a Veneto classic victory.

Marc Hirschi had a splendid 2020 season, making a splash at the Tour with impressive attacks and winning a stage, and later added a bronze medal at the Worlds and also won at the Flèche Wallonne. However, just days into the 2021 season, he was released from Team DSM and was affected by a series of injuries.

“It’s difficult to compare,” Hirschi told reporters after the race. “In 2020, I was in a different role, it was a short season, and I had a good preparation with the corona time because I could do a lot of kilometres,” Hirschi said. “So overall, I’m really happy. It was better than I expected after the injury so I’m happy with the season so I hope I can take this level with me into the next season, continue like this and maybe take a step to win a big race.”

Hirschi appeared at the 2021 Tour as well. However, it was only after Matteo Trentin contracted Covid that he was selected for the squad.

“I was four weeks in the altitude camp, and I invested a lot of effort, but after I got Covid at the Tour de Suisse, they said I couldn’t go. I was really sad, but I could understand it because I wasn’t 100%.

“Then Trentin got Covid, so they took me, but I was just not good enough. I kept hoping I’d get better the next day because we didn’t have a lot of riders, so it was important I stayed there, but in the end, I didn’t get better, and I also had a knee injury from a crash.

“After the Tour, I did one month of a break and then I could build up again. Towards the end of the season, that really helped me because I was fresher, both physically and mentally, so I was really ready for these races.

“Now I hope I have a good winter. And then I hope I come back next season on the same level as now.”

We hope so as well, Marc! Wish you all the best.