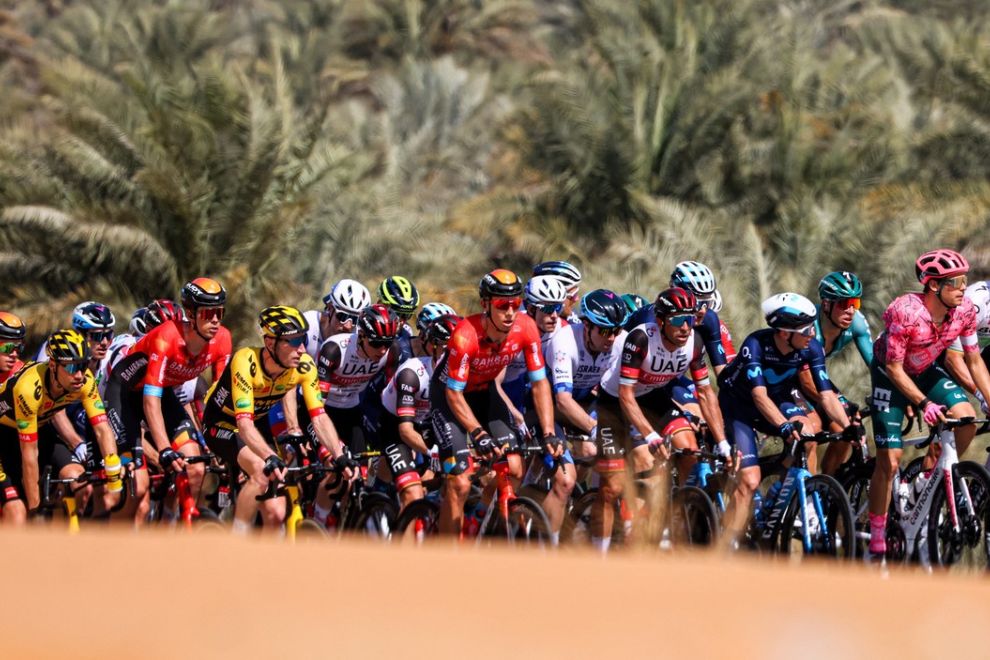 Saturday’s final ‘Monument’ race of 2022, the Tour of Lombardy, unofficially ended the road racing year and so gives us a chance to look back and enjoy it again because it really was a tumultuous and exciting eight months, beginning with the Tour of Valencia in February. That five-day race was won by Bora-Hansgrohe’s Aleksandr Vlasov. But more interesting was the rider who placed second, Remco Evenepoel (Quick-Step Alpha Vinyl), who would go on to win the Vuelta a España and, two weeks later, the UCI World Road Race Championship.

Vlasov was 25 when he won the Tour of Valencia, Evenepoel was 22 and the rider who finished third, Carlos Rodriguez (Ineos Grenadiers), was only 21. Although no one knew at the time, that race in early February set the tone for the rest of the year, which saw a youth revolution take over the sport, especially in the Grand Tour races. Jai Hindley (Bora-Hansgrohe) was 25 when the 2022 Giro d’Italia began and was 26 when he won it. Jonas Vingegaard (Jumbo-Visma) won the Tour de France at age 25, upsetting the then 23-year-old two-time defending champion Tadej Pogačar (UAE Emirates). And we all know how young Evenepoel was when he won the Vuelta and the World Championship.

In keeping with the theme of age, the Tour of Lombardy was also the last race of two giants of the sport, Vincenzo Nibali and Alejandro Valverde. Nibali won four Grand Tours, the Tour de France (in 2014), the Giro twice (2013, 2016) and the Vuelta (2010), as well as dozens of other stage races, Monuments and Classics. Valverde won only one Grand Tour, the 2009 Vuelta, but he won many other prestigious races, including the World Championship in 2018, and that year he was awarded the Velo d’Or for best rider of the year. Both Nibali and Valverde were always exciting to watch and will be missed.

However, the youth revolution is certain to continue next year, with the 25-year-old Egan Bernal (Ineos Grenadiers) – who was the first “youth revolutionary,” winning the 2019 Tour at age 22 – set to return in his best form next year and the young Rodriguez, who had a decent but unspectacular year, perhaps joining in the fun. Oh yes, Pogačar won the Tour of Lombardy, perhaps making a statement of intent for 2023, which will be fun, for us cycling aficionados, at least.

However, this cycling year was not only fun and games. There were many horrific crashes, none worse or more controversial than that in stage three of the Vuelta a Burgos where dozens of riders fell over a speed bump near the end of the race, as teams were jockeying for position for the mass sprint. That followed a similar high-speed crash in the Tour of Poland as the riders rounded a sharp turn heading for the finish. There will always be crashes in road racing, but this year cycling’s ruling body, the UCI, came in for heavy criticism for failing to do more (such as removing a speed bump) to prevent them.

Crashes certainly ruined the seasons for crash-prone Primož Roglič (Jumbo-Visma) and two-time world champion Julian Alaphilippe. Roglič hit the asphalt in the Tour and the Vuelta and is set to undergo shoulder surgery, while Alaphilippe never returned to full fitness after his violent crash in the Liège-Bastogne-Liège. The Frenchman also crashed out of the Vuelta. That was merely adding injury to illness, as Alaphilippe also came down with Covid, just as he was recovering from the first crash. Covid was also a feature in this year’s road racing, with some 30 riders dropping out of the Tour de Suisse and nearly that many leaving the Vuelta due to the virus.

Finally, this year marks the end of the three-year battle of major teams to avoid relegation from the top tier of road racing, the WorldTour, to the Pro Series. According to the system, 18 WorldTour licenses will be issued for the next three years based in part on end-of-season points rankings from the past three seasons, with the bottom two teams to be replaced by two teams from the Pro Series. But two ProTeams, Arkea-Samsic and Alpecin-Fenix, have been racing among the elite much of the year, after receiving wild cards, and have applied for WorldTour status. They could replace two teams with fewer points who might then continue racing with the elite if they receive wild cards. I don’t really understand it either.