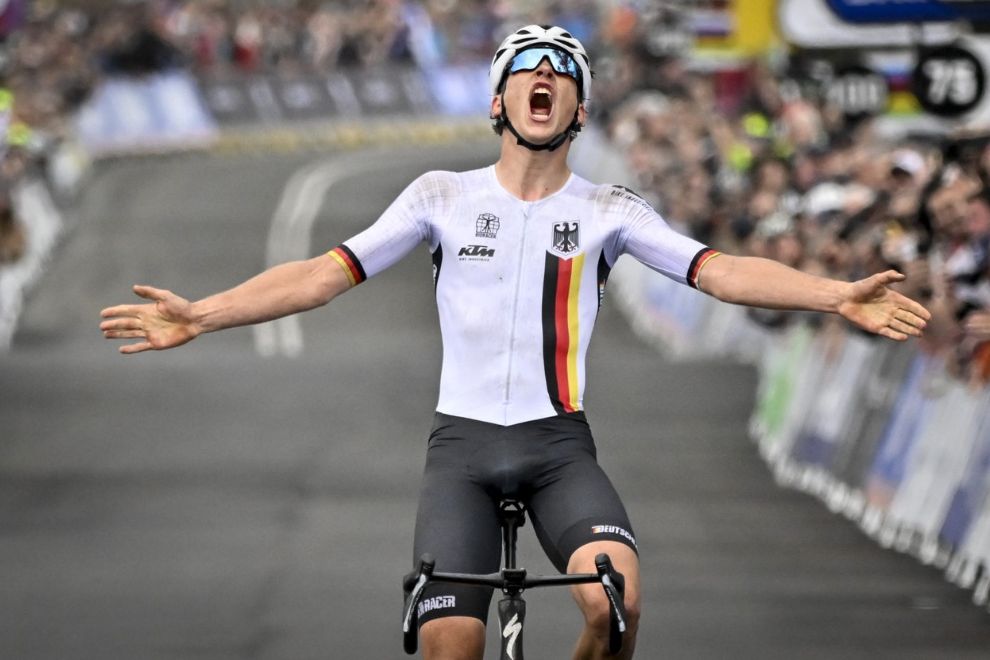 Morgado went clear on the final of the eight laps of the 17-kilometre circuit in Wollongong, Australia. However, Herzog caught up to him with two kilometres to go and the final duel was set up. Morgado sat on the German’s wheel waiting for him to open up the sprint, but Herzog went hard for the line and Morgado was unable to beat him. Nonetheless, Morgado became the first ever Portuguese rider on the podium in the junior men’s road race.

A reduced bunch arrived 55 seconds later and Vlad van Mechelen was able to take the Bronze.