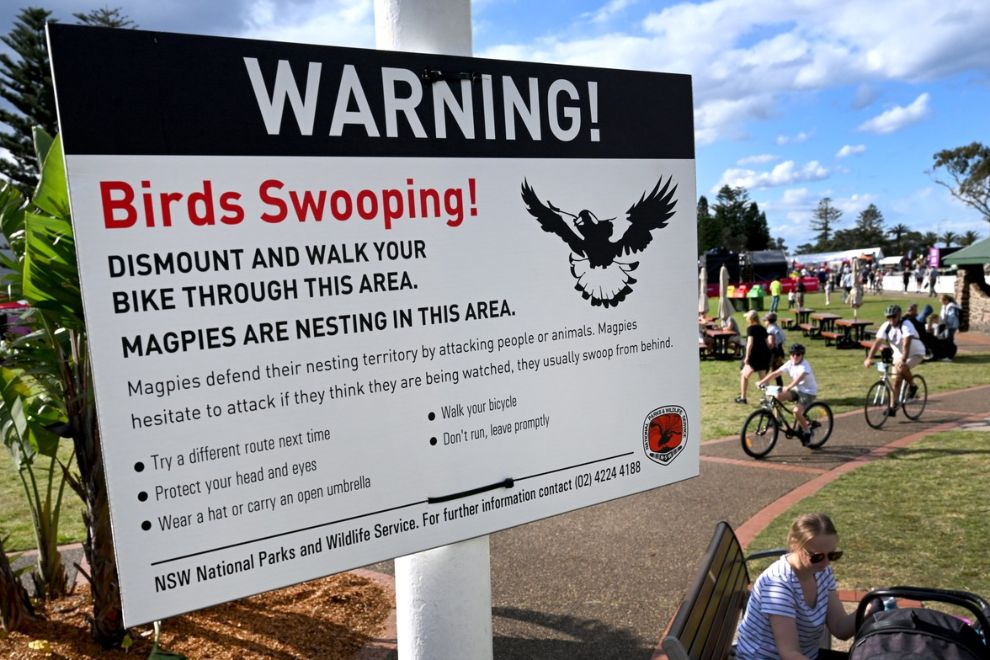 The importance of wearing helmets shows again, this time at the 2022 road World Championships in Wollongong. However, it is in a different matter than a stranger to magpies might expect. That is because the helmets shield the owners from danger from up above – the swooping attacks of the infamous birds.

The large population of magpies living around Wollongong is currently in the “swooping season” as the locals refer to it. In a bid to try to protect their young, they attack anything they deem dangerous. And the pros training on local roads falls into that category.

The latest rider to share footage of such an attack on social media is Bauke Mollema. Both he and other Dutch riders came under attack from the birds yesterday on a group training ride.

You can see a different attack which we reported on back in 2017 below:

One of the other riders who came under attack was the Vuelta a España champion Remco Evenepoel. “A fairly large bird came very close and it just kept following me,” Evenepoel said. “It was terrifying. But that’s Australia, apparently. I hope it’s the only time it happens, but I am afraid of it.”

Luckily the attacks end badly only very occasionally. As all the riders are now aware of the problem, we hope no one gets spooked and goes down. Also, none of the attacks occurred during actual events. Let’s hope that luck continues!