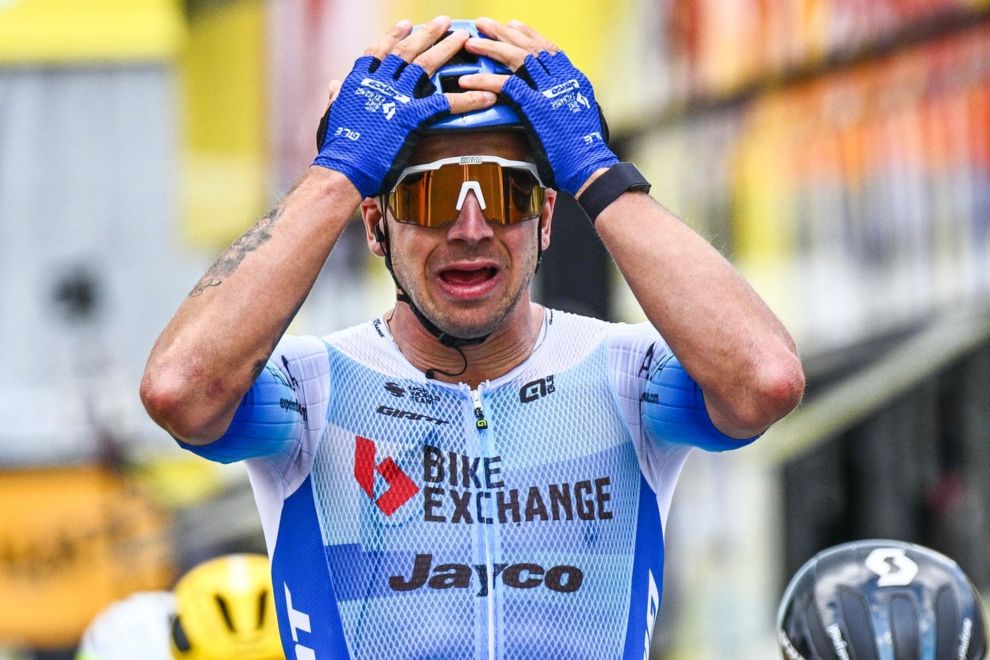 Dylan Groenewegen is at his first Tour since serving the nine-month suspension for causing the crash at the Tour of Poland. Fabio Jakobsen who suffered horrible injuries as a result of the said crash has since returned to winning ways. However, the road was a bit longer for Groenewegen. He subsequently missed two editions of the Tour de France and changed teams in the process. However, now he’s back and won himself the fifth Tour stage of his career.

“It was a long way [back],” he said immediately after the stage. “I want to say thanks to my team, family and friends for bringing me back to the Tour in good shape. It’s beautiful.

“Not physically but mentally it was a hard time, of course. After all that happened… This is for my wife and my son. It means a lot for me.”

THIS IS WHAT IT MEANS 💙💙💙 pic.twitter.com/PlegLKV4QE

It was not an easy win for the Dutchman. Groenewegen was involved in the crash 10 km before the finish line, which meant he had to work hard to get into the right position. Then once he did, he only beat Wout van Aert by a tyre width.

“Wout made the joke we always made in the Jumbo team: if you’re not sure at the finish line, you have to claim the victory, to celebrate. I was celebrating a little bit but I was sure that I won. I was waiting for the word, and then the screaming and celebrating, celebrating with my team.

“Then I saw my dad, he’s following me the full three weeks but normally I do not see him. That means a lot for me. I trained really hard last time and the time before but all that happened… It means a lot for me, for sure. My dad is also happy, and when you can win in the Tour de France, the pressure is off.”

The pressure is off indeed. Will he keep on winning?

“I think he will be very happy with this, I actually don’t care,” Fabio Jakobsen replied when asked about the victory. “Before the crash, I had a lot of respect for his record and how he approached his sport. That has since gone away because in my eyes he really made a mistake in Poland. My admiration for him has gone but he shows today that he can still do it.”