This year’s version of the so-called Hell of the North, the Paris-Roubaix, proved yet again how exciting (because dangerous and unpredictable) a one-day bike race can be, especially if there are lots of cobblestones to traverse.

“Classic Roubaix,” Team BikeExchange–Jayco’s Luke Durbridge told journalists. “Breakaway never went, group splits, crashes, punctures, people everywhere, I had no idea where we were half the time with the dust.”

And yet this Classic wasn’t very classic at all, thanks primarily to Ineos Grenadiers, whose teamwork helped propel Dutchman Dylan van Baarle to a famous victory, following his impressive second place in the Tour of Flanders two weeks earlier. It was also the fastest Paris-Roubaix ever run, with an average speed of 45.79km/h over the 257.2km course, including 54.8km of cobblestones. 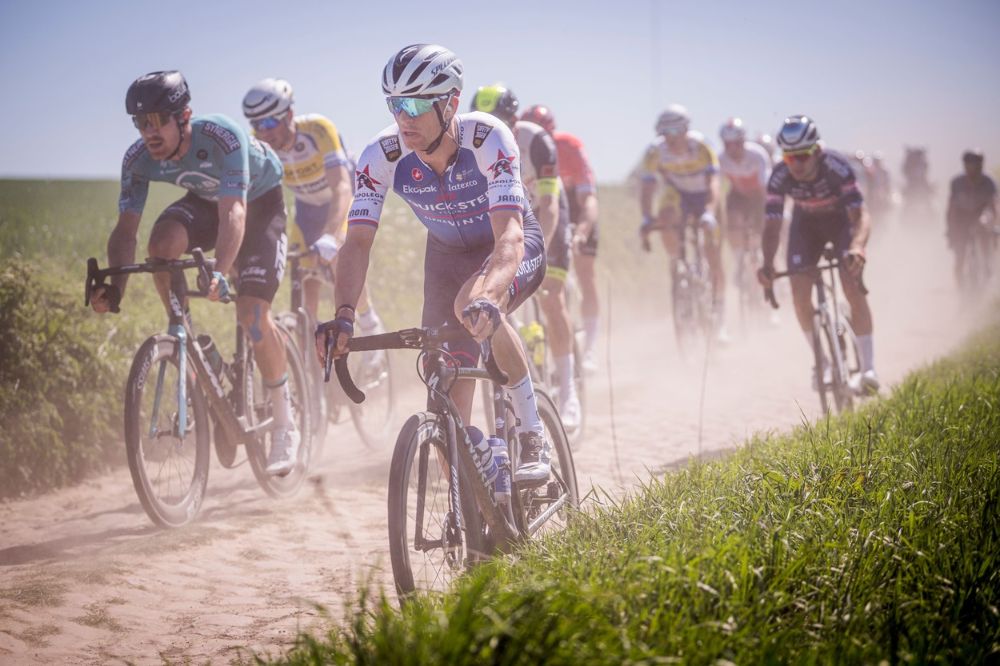 Fortunately, the cobblestone surfaces were in unusually good condition, according to race director Thierry Gouvenou.

“I don’t remember the cobblestones ever being so dry and so good before,” he said before the start. “They are exceptionally dry. Normally you have to do some fine-tuning, but that’s not the case now.”

That did not prevent riders from suffering an inordinate number of flats during the race, including second-place finisher Wout van Aert, fifth-place Matej Mohorič, Filippo Ganna, Jasper Stuyven and even van Baarle. Some people blamed the tubeless tires used by most riders in the race.

However, according to the 2012 Tour de France winner Bradley Wiggins, who was covering the race on motorcycle, the real story of the race was the performance of his former team, Ineos Grenadiers.

“There has been a shift in traditions, especially [in] this race,” Wiggins said. “Normally the first 100km the break goes, and everyone waits until the first sectors, but Ineos threw the textbook out the window.”

They did that by stepping on the pedal early on, on a stretch of road buffeted by crosswinds, which caught many of the pre-race favorites, such as van Aert and Mathieu van der Poel, napping.

“We’ve never seen anything like that in Paris-Roubaix,” Wiggins told Eurosport. He noted as well that with riders such as Ben Turner,  Magnus Sheffield, Filippo Ganna and Tom Pidcock, Ineos had assembled a top-notch Classics team that would be invaluable also in the Grand Tours in support of Egan Bernal and Geraint Thomas.

Van Aert, who may be the best cobblestone rider in the world, recovered well to finish second, 1min 47sec behind the winner. That was a remarkable result for the Belgian Jumbo-Visma rider, who had to miss the Tour of Flanders earlier in the month because he came down with Covid and suffered two punctures during the race.

“I’m definitely not disappointed to arrive second because it’s a big surprise to feel this good in the race and actually I’m just happy and proud to be in second,” he told journalists after the race.

Spare a thought, however, for Slovenian Mohorič (Bahrain Victorius), who was in the lead group for 80km before suffering a punctured tire with 38km to go. He eventually caught the lead group, which now included van Baarle, but was eventually left eating the winner’s dust.

And have another thought for QuickStep-AlphaVinyl’s Yves Lampaert, who was heading for a podium finish and was off in pursuit of van Baarle, when a spectator got too close to the action on a stretch of cobblestones, caught Lampaert’s handlebars and sent the 31-year-old Belgian crashing to the ground. Lampaert dusted himself off and resumed the race, but could not finish better than 10th.