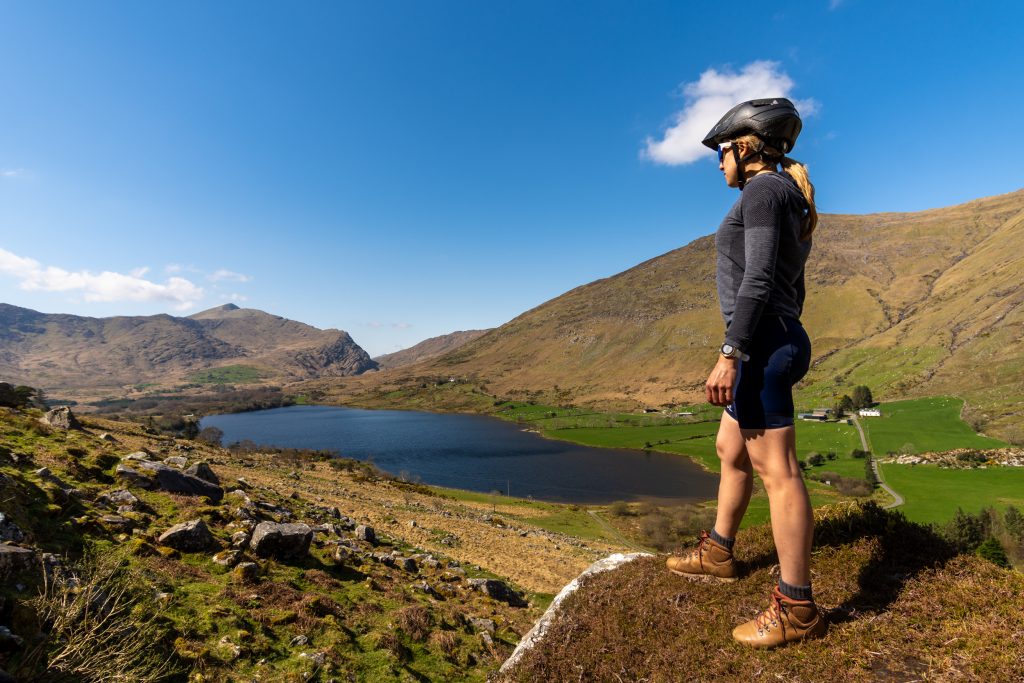 The land of saints and scholars…and cycling. Ireland has a reputation the world over for producing some of the finest writers to ever put pen to paper, so it makes perfect sense that there’s plenty to celebrate at the intersection of books and bikes. In fact, whatever corner of the country you might find yourself in, a route steeped in literary heritage is guaranteed to be within reach; the perfect chance to enrich both mind and body!

Arise and go now, and go to Innisfree – or, at least, that neck of the woods. The idyllic corner of Ireland so beloved by WB Yeats remains just as tranquil and undisturbed as it was when immortalised in his poetry and offers as picturesque a bike ride as one could ever imagine. A 40km loop of the lake is suitable for cyclists of all levels and passing by the likes of Hazelwood and the aforementioned isle is an immersive experience for fans of the legendary poet and dramatist.

A host of nature walks and forest trails provide persuasive reasons to dismount, while there’s plentiful picnic areas too; we recommend you pack some treats and make a day of it!

Check out the route here

The Tralee Cycling Club’s traditional route is a little bit of a challenge – anyone who’s faced the hills around the town knows why, but shorter versions and variations on the route mean most cyclists can find a perfect way to explore the scenic South West. For cyclists of letters, the most important thing is to take in Listowel – not merely a charming town in its own right, but also the homeplace of John B Keane.

The very pub at which he wrote many of his plays is a must-visit, and don’t be surprised if you find yourself planning a return trip very soon; with the expansion of the Great Southern Greenway due to be completed later this year, it’s likely to be a popular destination for all cyclists soon enough!

Check out the route here

Immortalised in the work of the area’s most famous son, Seamus Heaney, this patch of Northern Irish countryside has become renowned for its appeal to cyclists of just about every persuasion. Gently rolling hills make it a fabulous option for a leisurely route, while something decidedly different is on offer at Davagh Forest, which boasts some of the finest mountain biking trails on the island of Ireland.

On top of that, the region is dotted with delicious eateries and outstanding artisan producers, so those who enjoy swapping the pedalling for a full plate will be well looked after, too!

For every decorated writer that’s called Dublin home, there’s a route to suit, from cycling to Sandycove and past the Forty Foot so famously featured in Ulysses, to doffing a cap to the bike-mad Samuel Beckett while crossing the city centre bridge that bears his name. Few, however, combine cosy charms and ease of access quite like a trip along the Grand Canal – and past the spot that gave Patrick Kavanagh such extraordinary inspiration.

Located in the heart of the capital, it’s an easy option for tourists, day-trippers and locals alike, and because you’ll be a mere stone’s throw from Trinity College, Davy Byrne’s, The Abbey Theatre and loads more, you won’t be short of options when it comes to continuing your literary adventure!

Don’t have a group to ride with? No problem, find out why cycling alone might actually be better!