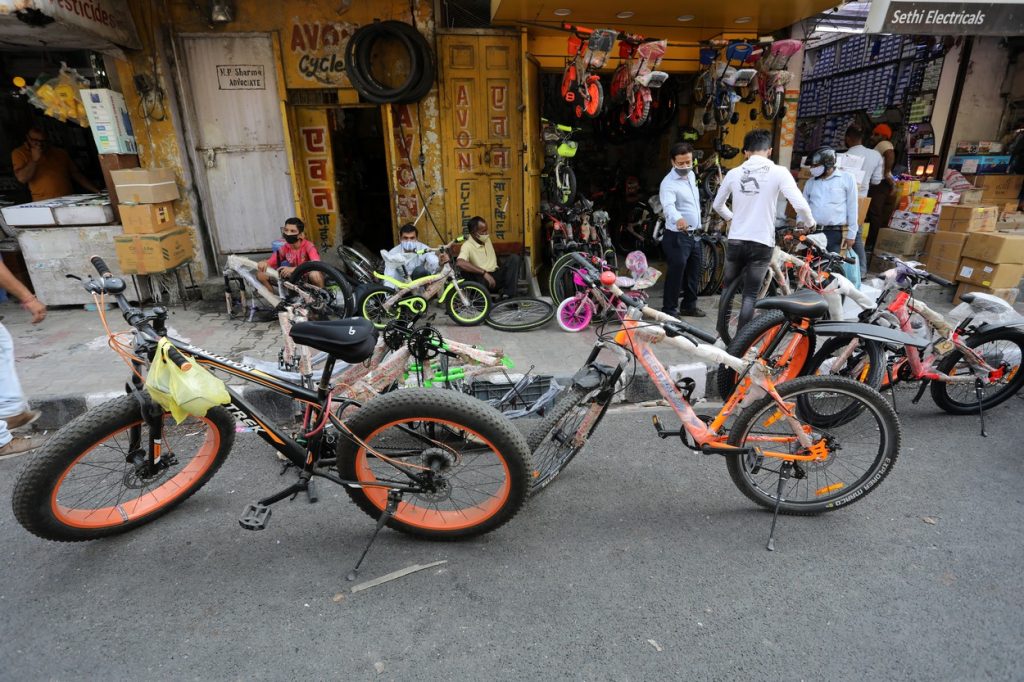 Without inventions, there would be no progress in the cycling industry. While some ideas disappear, others prove to be powerful enough to break through. Can you guess if these bicycle startups will make a commercial success?

Pocket Pedal turns your clipless pedals into regular ones

Have you ever tried riding your clipless pedals with regular shoes? Annoying, or rather impossible, right? Not any more with Karl Birgir Björnsson’s revolutionary adapter, which can turn any clip-on pedal into a platform pedal in a second. You only pull the adapter over the original pedals without any tools needed. Stored in a pocket, the adapters are ready to go anytime you want.

The engineers from Berlin-based cycling startup Calamus introduced a whole new class of e-bikes which they call “ultra bike”. Besides looking as if deployed from the Star Trek ship, the bike has several futuristic features including integrated weather-proof computer and navigation touchscreen. The system supports Android apps, which helps the rider to conduct real-time self-diagnosis. It’s also the first bike equipped with ultrasonic sensors that scan blind spots around the bike and warn the rider of vehicles approaching from behind by making the handle-grips vibrate. Ultra-bike frames are custom-casted unibodies with complete internal cabling. The ultra-efficient mid-motors from Bafang (750W) and Boffelli (250W) provide you with a range of up to 80 km for a single charge.

Sometimes we just need to add space to carry more load. With Convercycle from Germany, converting a common e-bike into a long-tail cargo bike (and back again) is a question of a few quick moves. You can get an idea about the great invention in this original video from 2018.

listNride enables you to rent a bike from private owners

The sharing economy of shared goods is trendy, and the bicycle industry is no exemption. With listNride cycling startup, every bike owner can join and offer his or her bike to users from around the world. Anyone who’s interested can sign up on the website and rent a bicycle from private owners. The list includes different kinds of bicycles like road bikes, cargo bikes, or even e-bikes. For example in Berlin, you can have a bike starting at 7 euros per day.

The glafit GFR has attracted new users to two-wheeled commuting but unlike Lime scooters, these machines still resemble regular bicycles with only slightly lower frames. Easy to fold, it can be squeezed into a lift or taken on public transport services. To prevent theft, the bike has a digital built-in lock-up system connected to a dedicated mobile app. The battery has enough power to even charge your smartphone or other wearables.

After many years of research, Truekinetix offers the first robotized bike for indoor cycling training that promises real-life simulation of outdoor experience. The new indoor trainer was developed by former Dutch triathlete Bas van Rens who improved and totally changed the characteristics of the flywheel. The most important part of the trainer now behaves similarly to the wheels of a real bike, mostly in terms of responsiveness to pedalling.

Arara illuminates your wheels without batteries

Safety during rides after dark motivated founders of a cycling startup Arara to develop the first wheel-mounted, battery-free bicycling lighting system ever. The system uses magnetic power to illuminate the entire wheel, ensuring that every driver spots the cyclist from any angle on the road. The best thing about the system is that you can choose from 6 different light colours. Interested in how it works? Check out the video.