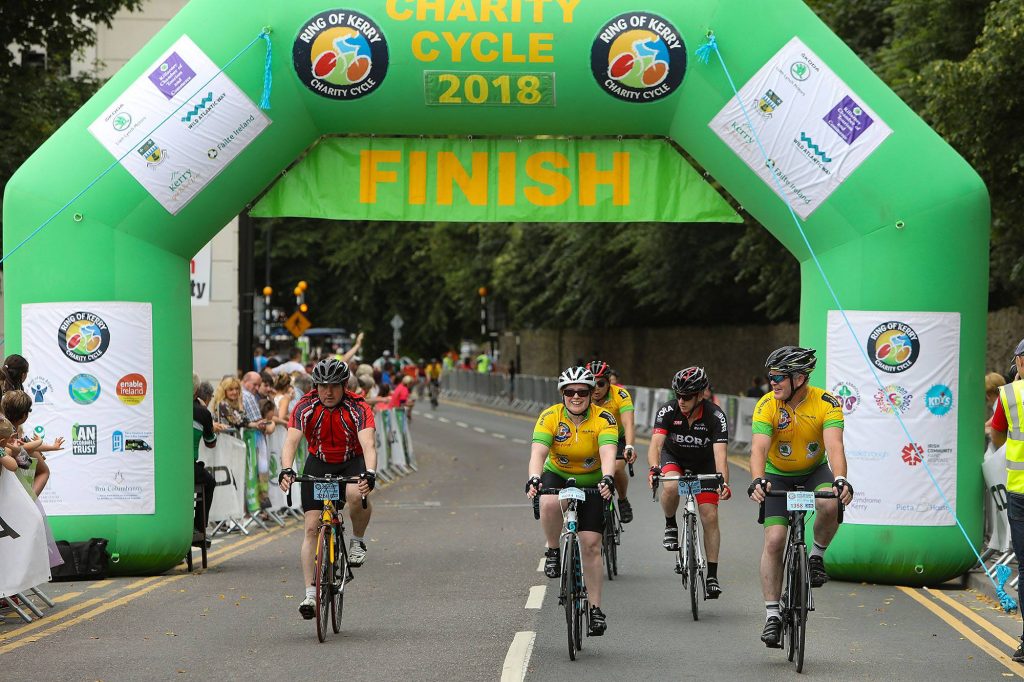 It’s almost here! Arguably one of the greatest and most beautiful race routes in the country – The Ring of Kerry Cycle.

Taking place July 6, the historic race will see up to 8,000 cyclists tackle one of the toughest but most visually stunning cycle routes in the country.

An even better feature of this long-standing cycle is that that the proceeds from the event are donated to six chosen charities. Over €1.2 million was raised in 2018 from the event and it is important to note this event could not take place without the support of local volunteers and support from the local ŠKODA dealer: Liam Lynch Motors.

If you’re doing the cycle, of course you’ll already know all of this stuff . If it’s one last push you’re seeking to register – DO IT – the final deadline for entries is June 10. It’s a charity event and not a race!  The event organisers are quite particular about this being a charity event and definitely not a race. Don’t be surprised to get a dressing down from marshals on the route if you appear to be racing, taking corners at speed or acting in an unsafe manner.

Once all the places are booked or sold out – there’ll be no more online positions available.  If you decide late you want to do the event – you can apply to be added to a waiting list and if any cancellations arise  you’ll be on the list.

Info about the cycle itself

So, as you’ll know, it’s a Saturday morning – here’s hoping in advance for a GLORIOUS July morning. The official event start is 7.30am – but you’ll find that quite a lot of cyclists will head off for as early as 6am – the time you start is largely up to yourself –as long as you have a pretty good estimate of the time it will take you to complete the cycle.

If you’re in doubt, it might be best just to give yourself a bit of wiggle room for any mishaps/punctures etc. Quite a lot of cyclists like to stop along the route for selfies and the odd pint so an earlier start time is advised to get back before darkness.

If you are starting really early, it’s just worth noting that you won’t have back up services or the imposed race traffic restrictions until the official start time.

The event support systems in place for the cycle will be stepping down at 8pm that night so just keep this in mind – you will probably be home in bed with the tae at that stage but you know, just in case!

We’re here for the food

Given the massive distance (175km in case you forgot) it’s advisable to bring your own food and snacks/gels/ fuel of choice with you- but there will also be allocated food stops along the route.

The first one will be located in Caherciveen at the 72 kilometre mark, and then there’ll be another one just as you’re really starting to tire at around the 135km mark – the good news there is you’re nearly there at that stage!

There will also be food and refreshments at the finish line so you can fill up on cake and sandwiches to your hearts content – you’ll need it after tackling one of the toughest climbs in Ireland.

As a last thing in terms of food – just do what you normally do – if you normally snack often – do that, but if you’re the type that likes to eat larger meals less frequently – do that as well – don’t try to fix what’s not broken!

There will be 3 Fixed Medical centres during the race and it’s definitely worth making a note of these pre race.
• Killarney at the Start/Finish Points
• Caherciveen (72Kms)
• Kenmare (136Kms)

There will also be numerous Fixed First Aid stations manned by qualified personnel along the route which will be signposted in advance of their position – so keep an eye out.

If you experience a medical emergency, you can phone the Medical Helpline number which is on your bike tag.

If the absolute worst happens and you can’t finish the cycle – you can and are expected to avail of one of the sweeps who will transport you and your bike back to Killarney.

There’s good news if you’re feeling a bit battered and weather-beaten at the finish line – as there will also be a physiotherapist on hand thanks to Liam Lynch ŠKODA for any niggles or strains should you pick them up along the way.

The last thing we will say overall is to ENJOY every minute of the cycle, lap up the atmosphere and take in some of the most beautiful views that Ireland – not just Kerry – has to offer. 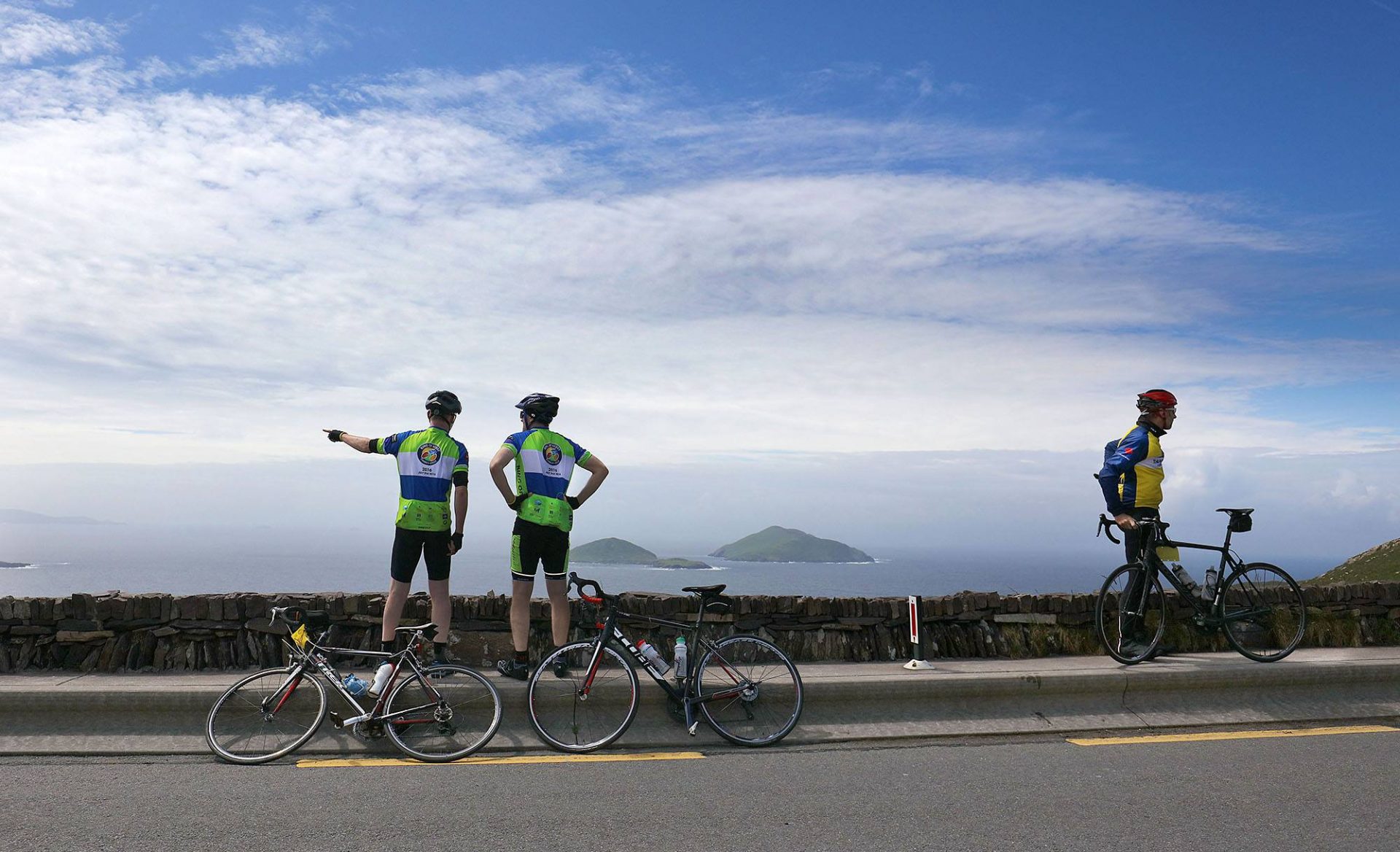 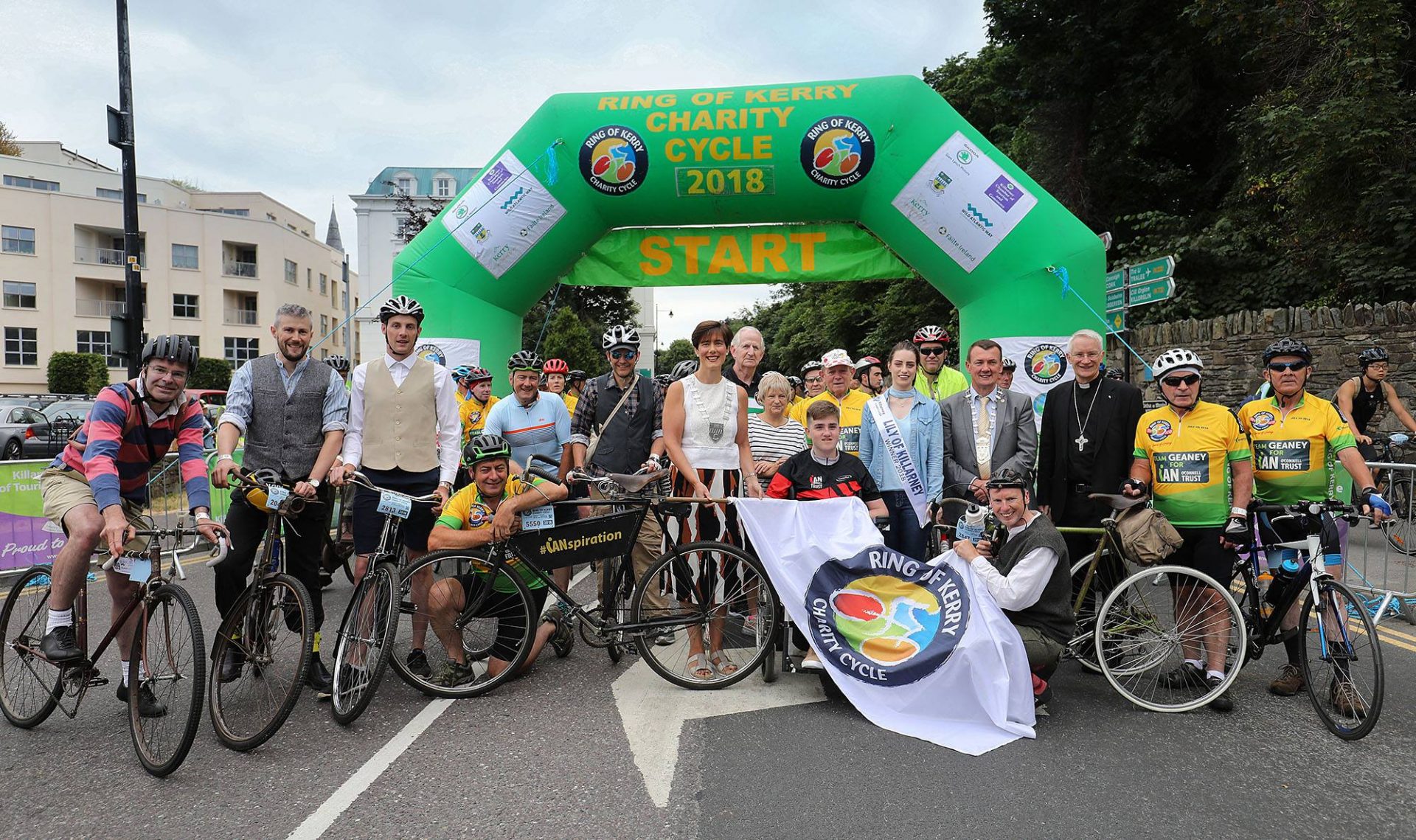 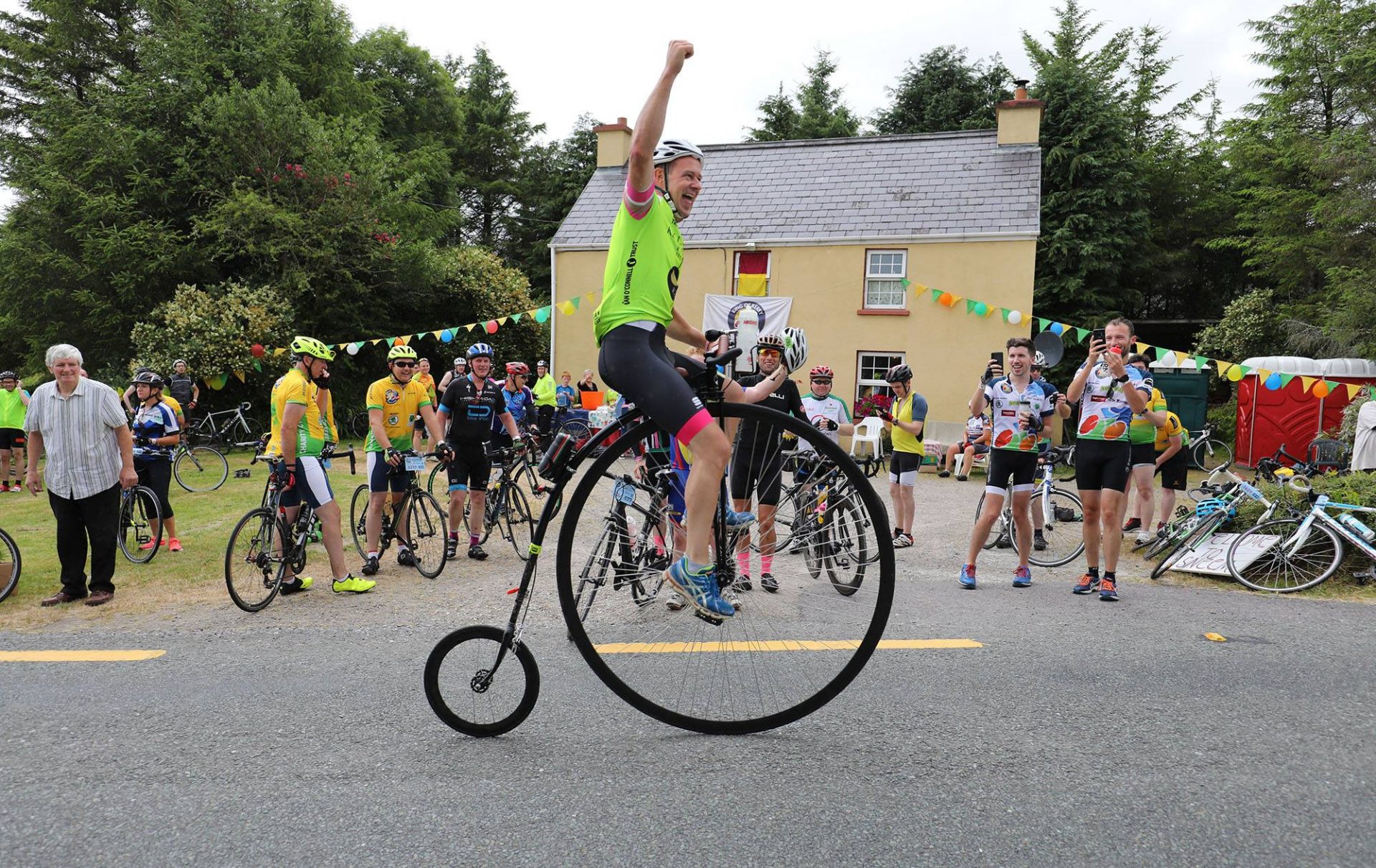 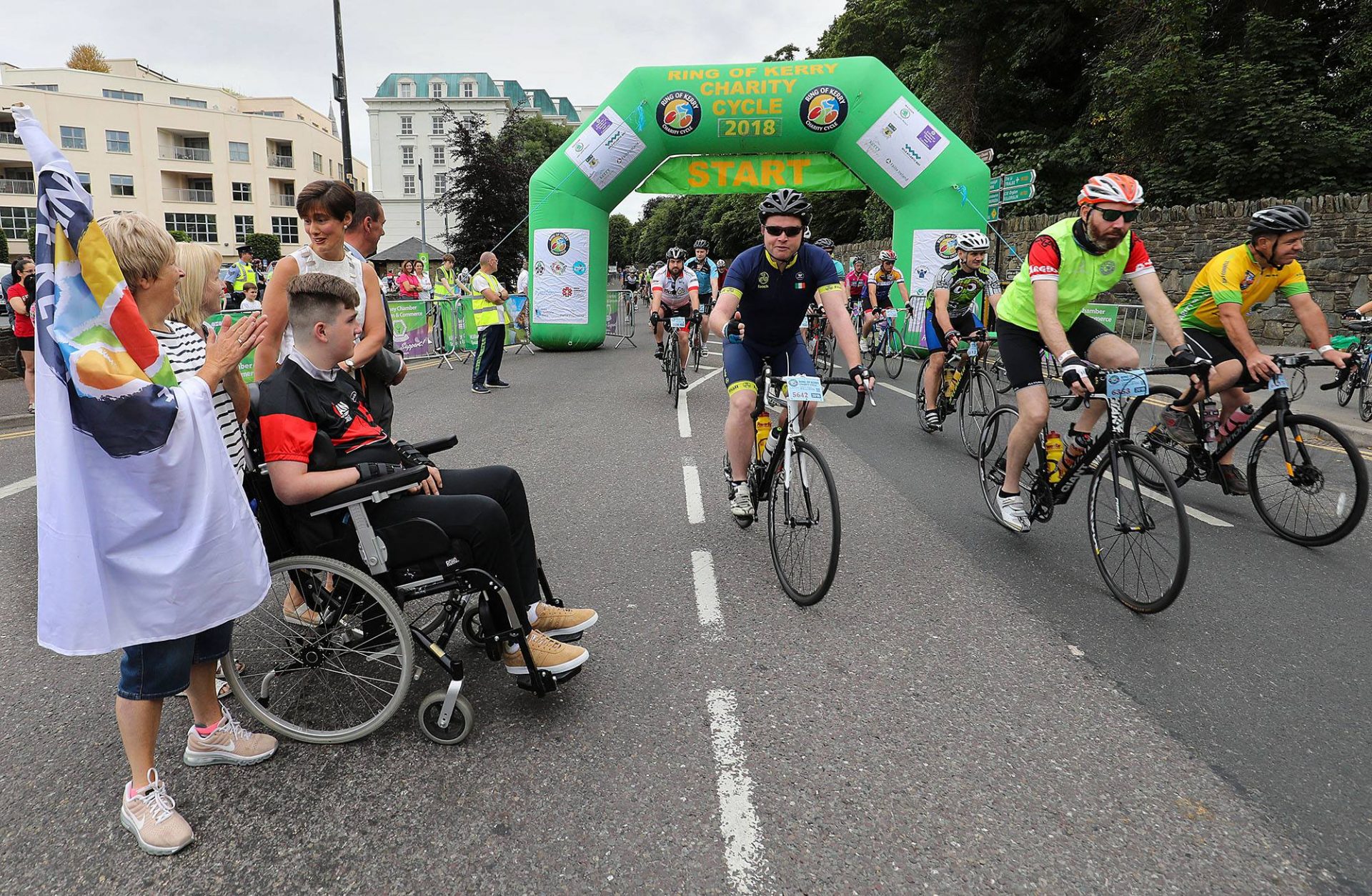