Even though Mr. Trump has become famous mainly because of other activities, it’s him who brought US pro cycling to life. His real estate endeavor brought him billions and allowed him to engage massively in the world of sports ranging from the US football league to professional boxing. While some people considered buying a new bike, Donald Trump bought a bike race in 1988.

The idea of the race was conceived by the NBC reporter John Test, who had covered the Tour de France one year before. After coming back to the states, he presented the idea to the basketball entrepreneur Billy Packer who approached the Atlantic City Casino representatives for sponsorship. Donald Trump turned out to be interested and offered to become the main partner. After putting his name on a skyscraper, casino, shopping centre or even airlines, the future US president decided to be part of a new cycling race brand.

Influenced by great European cycling events, the multi-stage race was announced to be held in May 1989, so it could get squeezed in between the Giro and Tour de France in the calendar. The total prize of 250,000 US dollars made cycling teams all over the world take it seriously. In order to concentrate on such a fresh and tempting challenge, some of the teams even withdrew from the Vuelta a España. Some 114 cyclists of eight professional and eleven amateur teams showed up.

The opening part of the Tour de Trump started in Albany, New York, and consisted of 10 stages. The route’s overall length of 1,347 km ran across five states and finished in front of the Trump’s Casino in Atlantic City. Norwegian Dag-Otto Lauritzen of the US Team 7-Eleven won the race, ahead of Greg LeMond, who gained the yellow jersey on the Tour de France some weeks later that year. There was some controversy in the general classification as the Belgian rider Eric Vanderaerden was expected to take the lead after he won four stages but missed the right junction on the route following the race motorbike in the final stage. Bringing nothing new in these days, the race was met with protests, where participants urged to “Fight against Trumpism”. 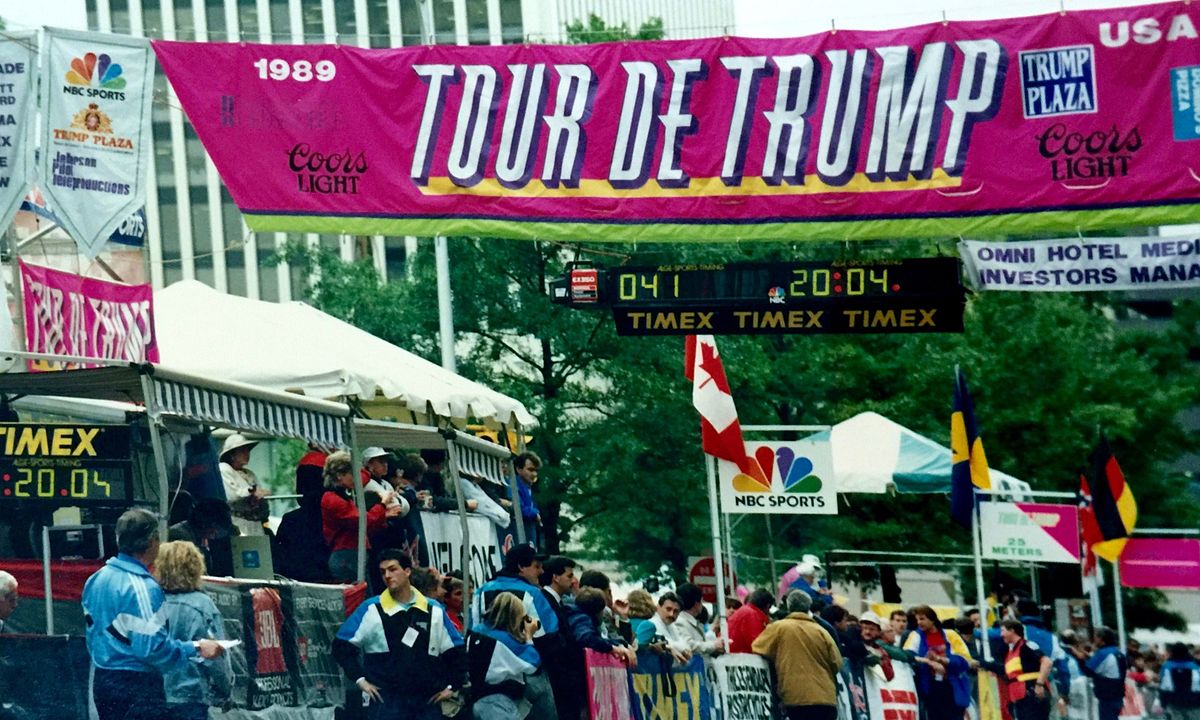 “I hope that with a little maturity, with a little time, and with a little effort, the Tour de Trump will be equivalent of Tour de France,” said Mr. Trump in a 1989 interview for NBC where he expressed beliefs that he hardly saw himself as a politician. After being asked by a journalist when was the last time he rode a bike, Mr. Trump confessed that it had been a long time ago, perhaps at the age of seven.

Delighted with the race, Donald Trump pondered to design the route coast to coast, however, after just one more edition, won by a Mexican cyclist Raul Alcala, he withdrew his sponsorship because of alleged financial difficulties. 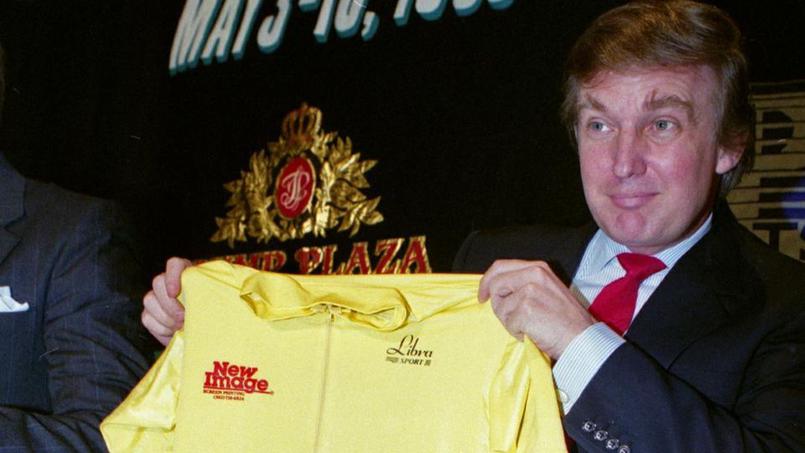 After Trump pulled out, Du Pont took over and became the primary sponsor. The race attracted many high-profile riders including Lance Armstrong who won twice, but because of some legal issues and some disputes among the sponsors, the race was eventually terminated in 1996.